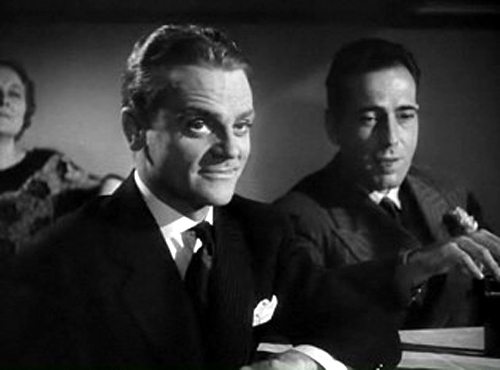 of a machine gun is the nightmare conversation america is having with itself. Cagney winks at Bogart and says, you think you can upstage something like this. Bogart replies, I have always been trying to upstage death. He gets all the good lines but he can’t talk worth a shit. Snapshot of a man being executed during the Mexican Revolution. The machine gun has already gone off. The wall behind the man has adobe dust rising from it, meaning the bullets have already ricocheted off into some murderous wind. And, the man just stands there for a fraction of a second. He is dead even though his legs don’t know it. His arms are at his side but his hands are starting to come away from his body, as though they are in the middle of a question they are unable to ask. Now, his corpse is preparing to fall backward into the black night of earth.

Tyler liked to tell me stories about his grandfather. Said the old man served in the U.S. Cavalry during the Indian Wars. They put him on the Gatling gun because he used to scare the horses. Nobody ever understood why except that maybe it was the sound he got in his voice. An old shaman captured up in the Bear Paws claimed that death was back inside his throat and was doing the bone breaking sounds and that’s what got the horses so spooked. Anyway, he was good on the Gatling. The old man never talked about the people he’d killed with that gun. I remember him laughing once because he said when he cranked the G gun it was like he was the organ grinder of death and the damned thing was singing.

One thing I’ll never understand is why Sam Peckinpah never made a movie about John Dillinger. He made THE WILD BUNCH, he made THE GETAWAY, he made BRING ME THE HEAD OF ALFREDO GARCIA. Why didn’t he ever make a movie about John Dillinger? At just about the same time John Milius made DILLINGER, a good film, but not the kind of film that Peckinpah could have made, not one that conjured the nightmare thirties. And, all of these movies had Dillinger types in them. THE WILD BUNCH is packed with characters who remind me of Dillinger. But these are all aging Dillingers. These are outlaws caught in fatal endgames of their own violent longings. And, in THE WILD BUNCH and ALFREDO GARCIA the machine gun takes center stage and practically steals the film from the actors. It does because we are a nation in love with our murders.

The interesting thing about BRING ME THE HEAD OF ALFREDO GARCIA is that Warren Oates who plays Bennie spends part of the film driving around rural Mexico with the head of Alfredo Garcia stuck in a gunny sack and the whole time Bennie has a long dark conversation with the head. The idea of that kind of talking is undeniably attractive. The only thing even more appealing would have been if Peckinpah had filmed Oates talking to the Thompson sub machine gun. Because, that’s where all the serious talking in america takes place. It’s in the dark with our guns. 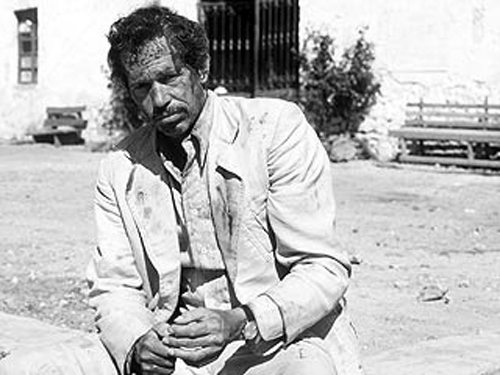 A black Ford cruises to the curb in front of a midwestern bank. It doesn’t matter which bank it is, they all look alike. Maybe it has fake doric columns in front and gold lettering on the windows and a man in a suit and tie is coming out carrying a brief case and a woman pauses in a blue flower print dress to look at women’s hats in a store window next to the bank and Dillinger turns around and says, Hey Charley, can you taste that? And, Makley says, taste what? And Dillinger smiles and says, the money Charley, the money. And, Makley says, almost, but can you feel this. What, Dillinger replies. My machine gun. Tell it to behave, Dillinger says. It has to be a good boy, this won’t take long. Makley smiles and says, whoever heard of a machine gun being good. Dillinger pretends to jack off the Thompson he is holding and says, a machine gun is good only if it is bad.

My old man passes a pint of whiskey across to a guy called Sully and says, do you still keep a Thompson under the bed. Sully takes a hit of the whiskey, holds it in his mouth for a little while, then swallows and says, I like to keep my women in bed and my Thompsons underneath. And, I always tell each one different stories. Does the machine gun ever talk back, my old man asks. Sully takes one more hit of the whiskey and passes it back. Then says, in ways you couldn’t even imagine.

The funny thing is my old man could imagine that kind of talking. He just couldn’t get it down on paper. But once he told me a story about seeing some guy after he’d been shot to death with a machine gun, bullet holes going across his chest, he said. The whole front of him covered in blood. Said they had the body in the police station before the undertaker came to get him. He was sprawled on an oil stain near a cruiser in the garage. One of the cops said, hey Earl, you want a souvenir. The cop took his jack knife out and cut a slug out of the dead man’s rib cage, wiped the blood off with a rag, and said, keep it in your pocket, it’ll bring you good luck.

What’s the secret of Dillinger, Marlowe asked. He leaned back in his chair and stuck a toothpick in his mouth. What secret, I asked, playing his game. The secret, you know, the moxie, the thing, the hook, the deal, the magic. I waited a couple of seconds and said, the secret of Dillinger is Dillinger. Marlowe grinned around his toothpick and said, now you’re fucking with me. Come on, you can tell me. What is it that makes Dillinger tick? His Thompson, I reply. He walks through a door with a Thompson in his hand.

The door thrown into the water ditch was painted pure black and had no doorknob and water coming down from the mountains was swirling all around it. I loved the sound of the water hitting the edges of the door. It sounded like a very gentle knocking. I knew that underneath the door was the cement floor of the ditch, but for awhile I pretended that there was a hole underneath it and if I went down into that hole, the passageway would lead me to some outlaw’s Thompson. A machine gun that had belonged to some nineteen twenties or thirties bandit. Maybe someone who had known Dillinger. And, maybe Dillinger had given him this machine gun as a token of friendship and that the bandit had buried it in this arroyo before cement had been poured into it and the machine gun was talking, was telling its stories to a nightmare america and that I was just lucky enough to be listening in. The trick is to listen as hard as you can to all of the best dreams and