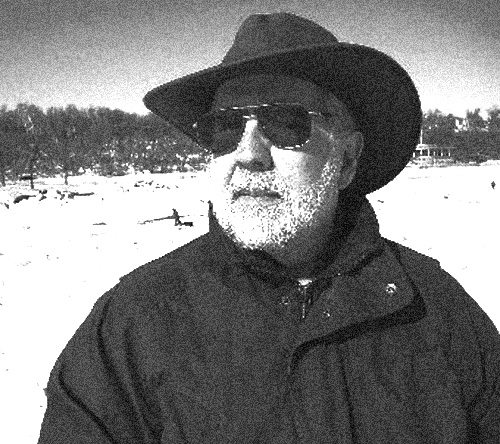 Todd Moore’s death only this morning from poet Michael Adams, whom I was having coffee with. Michael, who has a book upcoming with Lummox, and I were both looking forward to reading with Todd later this summer. I was unable to take it in at first: life comes at you like bullets, and it takes a few minutes to realize that you’ve been hit. This is the email I sent Mike a bit later in the morning. You can print it on the site if you wish. I probably won’t write any essays or reviews of his work for awhile because it is the nature of things that there will be a great up-swelling of such writings from people who come in to gather at the wake. I am less public and need more time.

The email I sent on learning of his death:

That was very sad news this morning about Todd Moore. I was stunned by it, feeling somewhat as though a hole had been cut into our current literary life and not knowing how to respond. How terrible and predictable our news media is in that I had not yet gotten word, and even today in coming back to look on-line I can find little detail on how he died. I hope that it was quick and as peaceful as can be, but the end is never peaceful–it is the final apocalyptic battle for each of us.

We talked very briefly about what made Outlaw Poetry outlaw, and started out of course by saying there were different visions contained within it and that often those who were considered participants within it disagree as to what it was. A key, though, was the intensity…whether Kauffman or Moore or Weber or me or you. That and the feeling that it is so vitally important to understand our visions and that those visions reflect the world about us in all its grit and pain and glory and sweat. And that we have dedicated ourselves so strongly to our craft as well as our visions that we can capture the right organic structures on paper to reflect the natural rhythms or cut bullets or shards that properly portray our visions and encapsule the intensity of the life we write of.

I was very sorry to hear that he had passed. It makes us poorer.