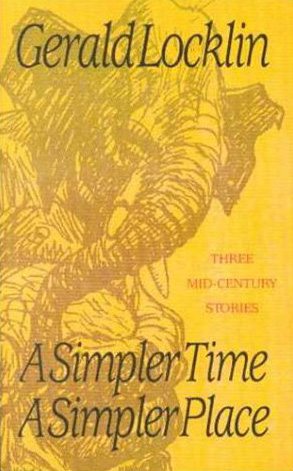 Ellen sat waiting in the Buick while Fr. Dean Finn checked in at the motel office. He always registered them as Mr. and Mrs. George Adams of Syracuse, New York. There was no objection to a couple without luggage taking a room for a couple of hours at the Hit-the-Sack. The desk clerk, a poorly-shaven, perpetually smirking man of thirty-five lewd years, had managed, in the midst of an ambiance of sexuality which should have inoculated him against disgust, to cultivate a urinal of a mind. People came to his office thinking of their affair as a matter of love or fun or nature or bawdry or even mystical oneness. The desk clerk never allowed these patrons to raise him to their level of innocence. Rather, he saw to it that their ecstasies were not unashamed. His grin evoked for them the puritanism of their parents, the prurience of the adolescent gang, the hellfire of the preachers, the chancres of sex hygiene movies, the self-consciousness of the stag party. Finn hated the man; he was always tempted to sprinkle holy water on him.

turned 70 in 2011. He is a Professor Emeritus (retired) at California State University, Long Beach, where he taught from 1965, and now continues to teach as a part-time lecturer. Locklin has published over 125 volumes of fiction, poetry, criticism, and memoirs, and over 3000 writings and interviews in print and online.

Recent publications in English include a newly expanded edition of Hemingway Colloquium: The Poet Goes To Cuba (Event Horizon Press); Gerald Locklin: New and Selected Poems, 1967-2009; The Cezanne-Pissarro Poems; The Vampires Saved Civilization: New and Selected Prose, 2000-2010; The Dodger’s Retirement Party: A Novella; and “New Poems” in Modest Aspirations. His books from Water Row Press are Charles Bukowski: A Sure Bet; Go West, Young Toad: Selected Writings; Candy Bars: Selected Stories; The Life Force Poems; and The Pocket Book: A Novella and Nineteen Short Fictions. His books have been translated into German, Italian, and Czech, and smaller selections have appeared in many other countries and languages. Early works include Sunset Beach; POOP and other poems; Son of POOP; The Chase; The Cure; The Four-Day Work Week; Locked In with Locklin; The Case of the Missing Blue Volkswagen. Books from Event Horizon Press include The Firebird Poems; Down and Out; The First Time He Saw Paris; Hemingway Colloquium: The Poet Goes to Cuba; A Simpler Time, and A Simpler Place: Three Mid-Century Stories.

Locklin grew up in Rochester, New York. He was educated in Catholic schools and colleges, where he studied Latin, Greek, and French. In 1964 he completed his PhD in English at the University of Arizona. His earlier years were consumed with athletics: basketball, football, baseball, and track. Literary influences on Locklin’s work include Hemingway, Bukowski, Edward Field, John Fante, Donald Barthelme, Richard Brautigan, Ron Koertge, Frank O’Hara, Sylvia Plath, A.S.Byatt, the French New Wave filmmakers and Objectivist novelists. He stays alive by swimming, walking, and weightlifting. He gives frequent literary readings at which he indulges to excess in singing, dancing, and stupidity. He has seven children—the abiding loves of his life—and nine grandchildren, from three marriages. A website is maintained for Locklin by Todd Fox at www.geraldlocklin.org. His books are available on Amazon.com and on the websites of his publishers, including World Parade Books, Aortic Books, Lummox Press, Water Row Books, and Event Horizon Press.