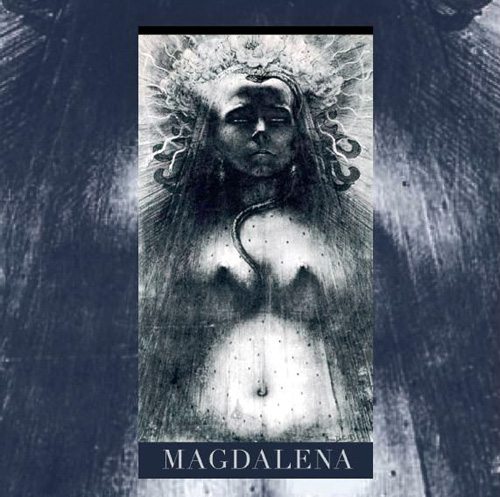 The following poems are taken from MAGDALENA, a collaborative work in progress by Phil Shoenfelt and Kateřina Pinosová, a member of the Group of Czech and Slovak Surrealists. The book is a poetic-erotic meditation on the dark, obsessive side of sexuality, and on the magical-erotic nature of Prague itself. It takes the form of a series of poems, letters, short stories and incantations passed back and forth between two imaginary lovers.

I offer you my ribs on a shining fist
I offer you my eyes on stalks of running mucus
I saw you in the yard yesterday
You were fucking one of my friends in a doorway
Is this the means you choose to get closer to me?
To run your intestines
through my fingers is my ultimate desire –
those butterflies
we pinned to the sky
are only a prelude
to more intimate caresses

Come now – I’m ready to receive you
Why did you only stare at me
behind the gate
behind my window
behind the bars
stained with sweat?
I offer you the way, how to…
Ah, but these instructions decimate me –
Am I just a newt’s tail
beating like a heart
on the end of a pin
or does my excrement truly excite you?

Yours, in torture, truly…

When the dusk comes
I unfold my wings
And unpack my trunk of whispers
I jump between chimneys
And fly from roof to roof
With my tail of stars strung out behind me
At midnight I trail my fingers
Through the sleepy rows of swans
On the rivershore
It’s easy for me to change my shape
And flow like smoke
Through keyholes and cracked bedroom windows
Can’t you hear me whispering
In your dreams, sir?
So it will continue
Until the dawn’s
Spreading cheeks of crimson
Check the cat’s progress under the eaves

But your calm demeanour
Betrays you, sir –
Under certain conditions
The atmosphere congeals
And all your attempts to embellish
Will be thwarted at the turn
One, two, three barrels of silver
I have in my possession now
A fitting dowry
For a bride like me…
So let’s go fishing again
My dear sister swans
The night is dark
But the moon is in the right position… 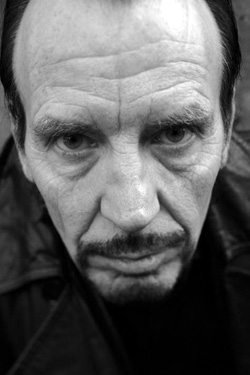 The music has a dark haunted quality reminiscent of American Delta Blues and Country music, yet it is produced by an English artist who lived for many years in New York and who now lives in Prague, Czech Republic.

PHIL SHOENFELT’s songs reflect the mythology of the outcast adrift in a hostile landscape who becomes the victim of his own fantasies and paranoia, and whose relationships with others are frequently obsessive and destructive.

The characters who inhabit these songs – the psychopaths, the junkies and O.D. victims, the suicides and tortured lovers – are not typical subjects for the modern pop song, but while they are sometimes difficult to sympathise with, Shöenfelt portrays them with a psychological insight that makes them totally believable.

As well as being a songwriter, Phil is also a published novelist and poet and there are many literary influences in his lyrics. Imagery from the Bible is mixed with European poetic symbolism and this language is used to give expression to the deep feelings and ecstatic states at the extreme limits of emotional experience. Visionary poets such as Baudelaire, Blake and Rimbaud are influential here, but Phil is also interested in different genres such as film noir and the novels of crime writers like Jim Thompson and James Ellroy. Other literary influences include include William Burroughs, Jack Kerouac and Nelson Algren, and Phil’s texts are often infused with a black sense of humour that is not always apparent on first listening…[go here to read the complete biography on his web site] 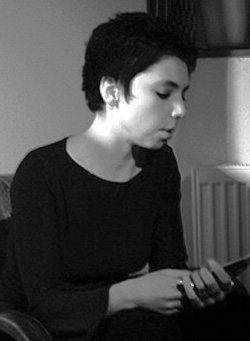 born 1973 Prostejov, Moravia, is a poet, graphic artist, translator and an active participant in the Czech-Slovak Surrealist Group. Her work – in its varied media – has appeared in several journals, including ‘Analogon’, ‘Intervence’ and ‘Optimism’, and in “Surrealist Women: An International Anthology” (Penelope Rosemont, Ed., University of Texas Press, 1998). In addition to many group shows with the Czech-Slovak Surrealist Group, Pinosova has had several solo exhibitions of her art work in the Czech Republic, the United States and in France. Her books include a collection of poetry,”Housenka smrtihlava” (CZ. Edice Analogon, Prague, 2000), and a collaborative work on the motifs of the Ogham incorporating Pinosova’s artwork and poet Laura Conway’s texts, “The Alphabet of Trees” (ENG. Concordia Press, Prague, 2002). 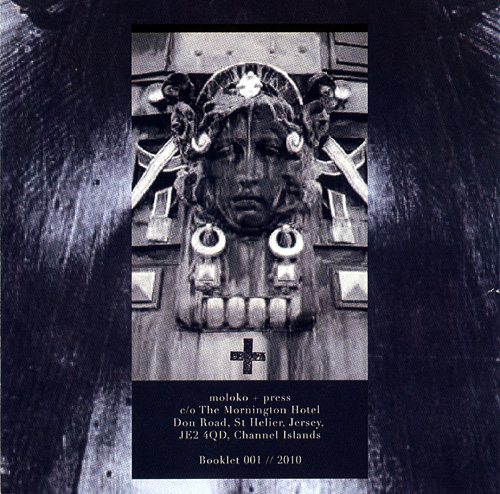