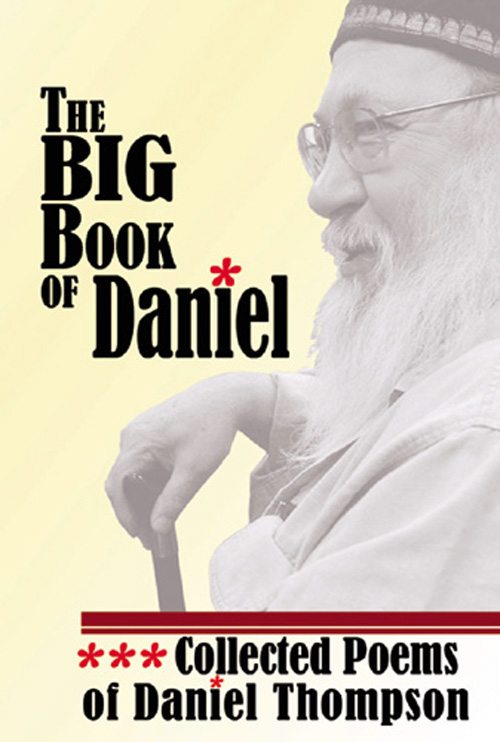 Here at last is the collected works of Daniel Thompson, poet laureate of Cuyahoga County, a poet of great heart who served the people of his community.

Daniel had what Robert Frost called a lover’s quarrel with the world, as well as with his country and his Comeback City, Cleveland. . . .We hear the snap, crackle and pop of his wit playing against the weight of the world. . . .Some of his most memorable poems come out of the quarrel with himself, that dark honey, tinged with the metallic taste of loss, the old wars of the heart. . . .Daniel Thompson was a man who, as Whitman said of himself, was ‘not contained between his hat and his boots’…. Daniel’s last gift to us, his life’s work, what he gathered in his sixty-nine years, over three hundred pages of poems, is this book, this big jug of honey, which you have in your hands. Taste and see. — From the “Foreword” by Maj Ragain