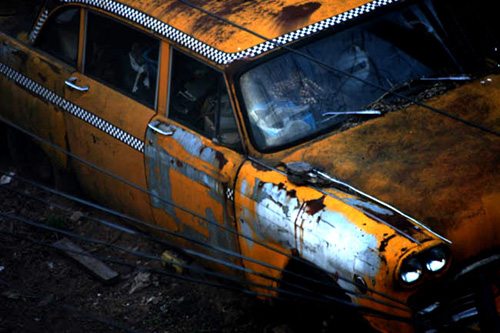 Richard, you’re dying and you
didn’t tell me until now?
This is way beyond the hilarity
of taxicabs we drove full tilt
down Taylor Street scaring the be Jesus
out of tourists, driving ten hours flat
for a yard, or sometimes nothing at all.
Cigarette butt hanging from your lips.
Cabs too small for your long legs.
“The Blue Cloud is around me,” you wailed.
Now you say it’s, “The HIV.”
You can’t say the rest.

Always broke, sloppy and a mess
your apartment, a gargantuan one-man disaster.
Your cat, the nastiest black and white reflection
of hate and madness, who ate spinach
from the crisper and tore my ankle to shreds.
How we raged against power mowers
and the drone of overhead planes.
How we drove wildly, trapped by dark
laughter and hilarious circumstances.
How money or lack of it,
tore morality from our pockets.

This is the time I feared.
How many times did I say
stay close. Don’t isolate
when I meant friends need
each other to overcome hatred
and indifference my Buddhist
Shaman, macrobiotic cigarette smoker
chained to pack, ashtray and the beach.

I shall miss your joyful guffaws
when we met at Aquatic Park.
You, afraid of the cold deep bay
swam close to shore, sunned belly-down
a brown seal with blue eyes that danced
the mischief of a hundred bishops.
How we sat between silence, surf, bongo drums
talking about the women, the books
the money and yes, our foolish ways.

Good God it might have been me
telling you I’m sick, me
living with fear of wheeze, drafts
tainted blood caught in endless
nights of flashing teeth.

Richard, I wish my calls had been
more frequent, my letters clearer.
Maybe if I said, Richard I love you.
Maybe if I had stayed in San Francisco.
Damn, you never told me
though I might have guessed.

Hell, I’m glad you have Roseanne
to see you through forty meds a day
the doctor’s dance and as you say
the macro, the micro, the acupuncture
herbs, teas, rubs
the old sweat on the neck
hold-me-in-your-arms
unspeakable crying nights.

Today the fog draws near the hills
and passes down my body like smoke.
Today is quiet, hushed, the coffee’s good.
The waitress says, “That’s sad,”
referring to someone else.

Dick where is that taxicab in the sky?
or as a mustang Lieutenant standing
on the fantail of a cruiser in Honolulu once asked
“Why doesn’t the sun come up
at night when we need it?”

Dick, I lift my breast to great laughter
sweetness, pure foolish and goofy ideas
of what, who and why madness flew in our veins.
I thank you for our just plain pippin along
like a couple of sage pigeons picking the streets
for sense, or Jesus Christ, Dollars if YOU PLEASE!

Dear Dick, wherever you go and you will go
this time, save a place on the slab for me.
Keep the cement warm and your dear face
turned to the absurd and sometimes clear
side of the moon. We will go on. 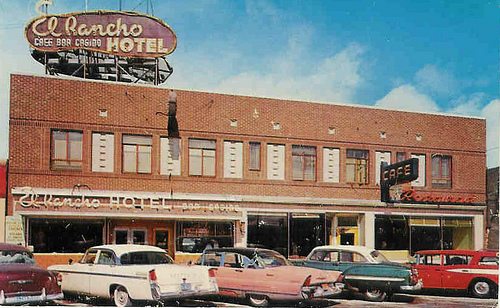 I stand off the road in Wells, Nevada
in front of the small motel with casino lights.
The lady, maybe sixty-three sits inside
cigarette in hand, greyhound cocktail nearby
cranks the slot machine, while I
gaze at the dark highway, the giant rocks
the incredible stars, the deep black sky.
Truck headlights sweep the night.
I have a stepped out of time
into the wonder of become. 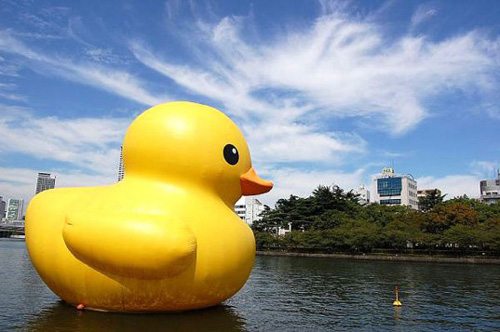 Asking For It or How to Give Up The Ghost

I wake up in the middle of 3.08 a.m.
with a gray creepy crawly in my brain and a hard on.
A CD dream runs a nice smooth
but not too shiny tune in the dark with no name on it.
I feel shiver snaps all over my forehead
and a deep sadness that won’t go away.

I try to think of something clever to erase
this deep ache, try to think up a sex
or a place to escape to. Maybe London, or the park.
I keep thinking there must be a way to make it all work out.
A right job, the right poem, story, a screen play
maybe with the whole check made out to me,
a hike along the coast of Cornwall, a trip to India
on an elephant, or a duck.

George says I shouldn’t feel that way.
“It’s a matter of power,” he says.
“Be strong. In here,” he says,
punching his chest and the foreman
says if he has trouble at work
he’s gotta be ready, physically ready.
“That’s just the way it is,” he says.
I know what he means because I
was working up the courage
at that very moment
to put an ice pick in his forehead.

I feel funny about going crazy
and then there’s the God thing.
“Just find one and it’ll be fine,” Louis says
with his head cocked to the side.
“Pick one for the moment and ride it.
Give up, have some humility.”

It’s funny how men want to talk
you out of insanity. Like somehow
they can’t stand to see you suffer
out loud because it makes them look bad
makes them feel weird, queer, different.
Like an F on their report card,
or a missed block or a bad pitch.

Like the time Ed Boggs couldn’t wait
to tell me how he caught the steelhead
on a one pound tapered leader on
the Gualala River in 1982. How he
still uses the same taper and
hasn’t seen a fish like that since.
Just a string of small perch snagged
off the stern of his punt
with a half a million mosquitoes
swarming in thick July the night
after he got fired, the summer
the booze stopped working,
and the wife stopped caring.

Why am I a man who has to laugh
about the dark night and no sleep?
I feel like a night heron, shoulders bunched,
neck tight slipping in for a late fish dinner
after the world has blown up,
and the National Anthem has been
exposed as a fraud somewhere off
the coasts of Kuwait or Somalia.

Who to call, I wonder looking out the window
where the streetlight rocks among
the bending trees. I hear a mocking bird
then a crow. In a few minutes the wild
parrots will fly through the neighborhood
on a squawking wave and I’ll get up.
Who to ask? I wish I could walk
over and look inside myself
and see something that makes sense.
I wish a voice made sense beyond
“Stand up. Don’t Fret. Go get.”
Maybe the CD will turn off my hard on
And I will get up with the sun
and brave the daily accident.