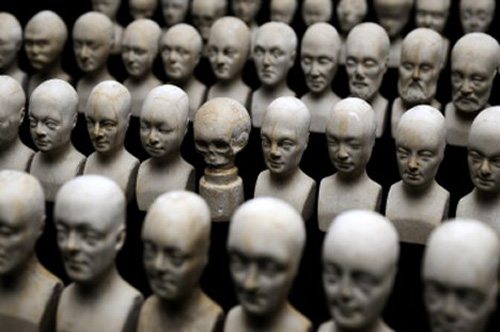 It is simple enough to look and see, and in seeing make conclusions. Unfortunately, too often our senses have been dulled by judgments made behind the drawn curtains of fear, uncertainty and indifference. Conclusions have been placed upon us with such an unbending certainty that speculation in observation becomes obsolete before we have the opportunity to open our eyes to the varicolored panorama of existence. We walk about indifferently with blinders on our eyes. Poetry’s purpose is to force us to look beyond the straight and narrow, beyond endings and absolutes so as to acknowledge a kaleidoscopic infinity, ever fluid and which awakens consciousness. The poet leads us through the portal of immeasurable possibilities. It is through poetry that we throw off the conclusions that have placed us firmly within tired confines. A great poem is beyond the pale of time, inexhaustible and unending in its originality. A great poet opens our eyes. Wandering Head has brought us three such poets with their new leaflet series.

With Wandering Head’s first release, Corruption is Number One, Colleen Keenan engages us with a body of work that is constantly questioning. She questions the validity of wanting to be president, whether clones have souls and the manner in which she should walk, so as to feel more sensuous. She answers these questions with a transcendent directness; it is better to be a superhero than the president because superheroes are more comfortable, the juiciest meats have souls and hence make for a tastier meal and to walk with a greater sensuality she needs to leave fifteen minutes earlier. All answers are straight and to the point and that point explodes allowing the imagination to shoot out into a multitude of new directions.

Keenan is a poet searching for variants in the specificity of a world seemingly obvious and where “corruption is number one.” These variants allow her to cut through confines and arrive at unmitigated joys centered at the precision point of boundless potential. Keenan questions to obliterate the surface and resuscitate the essence.

Not the poem
But the word.

Jake St. John’s Vastness of Terrain begins as an observation of an expansive landscape which narrows in scope to an examination of the seemingly negligible moment with a directness that allows for a contemplation that consumes. St. John looks upon the passing seconds with a kindness and clarity that sees nothing as small and shows in the minor instances truth, blunt and profound.

In The Man with the Eye Patch a half blind reveler enters the bar to celebrate his birthday, hoping to capture the attention of the crowd and more importantly to cage a drink, but the man has performed this routine so often that the patrons have become completely blind to him. It is only when he comes upon the poet, who is not one of the “regulars” that it is possible for the man to be truly seen and once he is seen a new depth is caught in his open eye.

The truth, when examined with an unwavering focus, allows for boundless discoveries in the simplest things:

touching winds
kick leaves
over neighboring
hills
to the sea

and a storm
waves them
goodbye

We move about, paltry drifters in the vastness, swept up in a history that we too rarely recognize our purpose in. Fortunately, Jake St. John is aware of the purpose and beauty of the naked individual who rises up above the squalor, making their mark in the vastness of the “flooded sky of clouds.”

Once the rain has fallen, washing clean the eyes of the once blind, a heightened awareness occurs and we look upon our surroundings, enlightened in an emblazoned world. Tom Weigel’s Granite Nights is a Technicolor epiphany arrived at after throwing off the grayscale limitations of banal perceptions of everyday surroundings. Weigel lands in New London and rips open the eyes, ears and soul of the city, exposing the essence and turning New England into a new Oz. He smashes granite and stiff history with a jubilation of vision “gone bosa nova.”

Weigel’s painterly use of language unifies incongruities and gives rise to an ecstatic new way of seeing that turns mundane streets into the magnificent boulevards, a place where Chinese fans whirl like street dancers, Turkish citizens look like Englishmen and where one trips through increments of time when rounding a corner on errands.

New London has truly become a New World, distanced from anything that was once in its granite past.

In proximity
reflections between
so called inanimate objects
in bright light
increases the chances of
animate dialogue.

Wandering Head, in its new poetry leaflet series, has shined a brilliant light on the objects that surround us. In the works of Keenan, St. John and Weigel an animated dialogue arises between the poet and language made manifest. The reader is forever changed after the questions have been asked and the answers are shown in the simple joys of the vast wonderland that had always been in front of them, but rarely observed. Through these three poets the staid becomes fluid and the stultifying shatters into a multitude of radiant possibilities and we are left to say, like Tom Weigel: “Que Vida. What a day.” 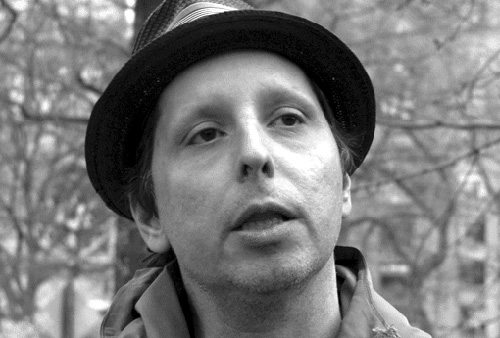 grew up in a working class neighborhood in Pittsburgh, Pennsylvania. In high school he received a scholarship for the seminary program at a prominent Catholic school. Upon graduation he became a taxi dispatcher, stage doorman, skid row bartender and magazine editor. He moved to New York City and received a degree in Creative Writing from The New School for Social Research. Greiner’s short stories and poetry have appeared in numerous magazines. His eBooks include Shooting Side Glances (ISMs Press, Manchester, UK) and Relics From a Hell’s Kitchen Pawn Shop (Ronin Press, London, UK). His plays have had successful productions in New York, Chicago and Gloucester, Massachusetts. His work with photographer Carrie Crow has been shown in galleries, museums and public spaces in New York, Los Angeles and Paris.