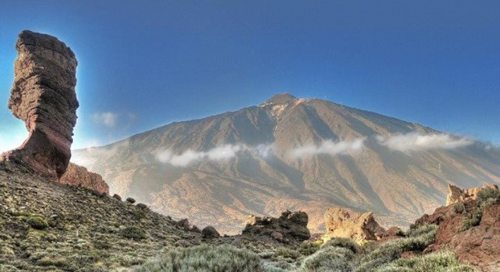 It was about ten to eleven when I went out into the street.
The world was considerably empty except for some
exceeding light
of the kind that doesn’t encourage shadows but seeps
into walls,
strokes bushes, lawns and black dustbins
with soft hands.
Yet I was thinking about Concepcion Delgado
and the Sierra de Ronda, neither of whom had
anything to do
with the hour or weather,
but inhabited sharp and shadow, steel and jet;
a time filled with saffron rice
and the voices of wine.

And she smiled.
And the hills smoked.
And Tommy Fairbrother

came out of his garden and we walked together
to the Bay Horse with such precision
that Lucky Tomlinson was just unbolting the door,
greeting us with the politeness
usually reserved
for the most despised reps.

But the beer was silky and Tommy
a man of few words.

Like that one in Lowestoft
who was so ashamed of his teeth
all his neighbours talked to him in sign language,
conversed with pencils and pads until
the day he cut off his big toe
with the fly-mo,
and everyone fled the gardens,
their ears in their hands.

Sometimes silence dies in a scream.
Sometimes the shout of the world is shattered by silence.

For two years I slept in a bunk
beside the engine on that wreck of a schooner,
with its cut down masts, working the Gulf
of Mexico or the islands,
even through the Mouth of the Dragon,
right down to Brazil.

And I lay on the bed, night after night,
in that doss house in Maracaibo,
after the ship foundered, with the music
drumming or rain beating,
and sweat-stained sheets.
But the girls had the scent of oleanders
and walked with a knowing look.

I don’t speak of this,
in the Bay Horse, or Black Bull,
or at the races. For I will not
sell these secret things, nor lend them to anyone
who might fold down the corners of the pages.

I sometimes think I shouldn’t
have left Concepcion Delgado for that sulky flamenco
dancer.
It was just the way the muscles worked
under the olive skin of her back,
and the wild soul of the music
that I soon found she dropped with her skirts.
And Concepcion wouldn’t have me back. But then,
if I so desire, I can lie on my bed, feel
the rippling skin under the whorls of my fingers
while the feet shout louder, her black hair
seizes the candlelight and she takes a strand in her mouth;
brings the fire of Vulcan to bed.

To hell with reality.

No post again this morning. A note
under my door from Jane Forsyth
to complain about my drains. The smell
of Lisbon seemed so relevant

to its crooked streets
and fados as desolate
as a Spitzbergen wind. No wonder
so many Portugese were drowned
in the search for spices and left
their bones along the sea roads
to the Moluccas. No wonder
we had such an empire.

It’s a funny old death,
isn’t it? The way one minute
is full of taut feathers, pursued
and pursuing, the next
of defeated buffalo, the next a shining river
with a cargo of fetid dogs.

I never even thought of replacing Sheba when she died;
a faithful widower. I suppose that’s to my credit.
One day I will go the moors,
for a sprig of heather to press between
the bright pages of a book. Though
it’s three years now and I’ve moved house,
I still smell her when I come in out of the rain
and her lead hangs in the hall.

Dolly Wentwood in the newsagent’s
remarked apropos of my comments on the weather
that it was a terrible way to run a country.
You should see her house.

Further along the day a great wind came hurtling;
blowing its own trumpet and spitting
like a Wardour Street tart. It was nice in the snug
when the jukebox fell quiet; the huff and puff,
rain scratching at glass. And it’s a good time

to go swinging back down where the tracks converge
in the distance; into the smoke
tight woven into a curtain with shining tasselled cords
that draw it apart, revealing whatever
will be its revelation. And while this is
going on, between sipping and not sipping,
a word will dart in your ear, a cough will cough,
and, as a leaf will change the life of a river,
they will bend the light, reshape the contours
of the backdrop of blue mountains
and a very solitary volcano.

I was looking over the sea to the peak
of Tenerife, when Claudia Urzaiz
came by wearing just enough and smiled
the way she did. And that day must have been,
because I remember her uncle was as rude
as he could be in Domingo’s bar,
and maybe that was why we spent
our first night together.

Ambergris is spewed out by whales,
and the origins of even Hugo Brearley go back
to the first and loudest of relevant explosions.

If you mean what I know.