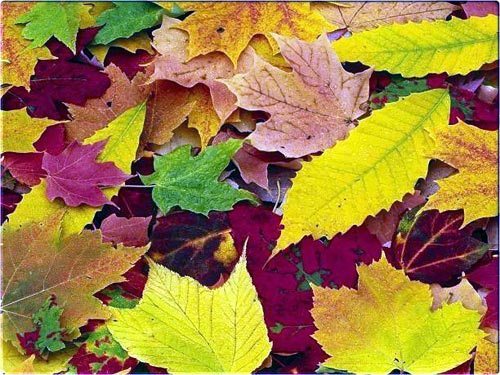 The autumn leaves are now descending,
as they annually do, onto my cabin’s deck,
which overlooks the lake that adds its beauty
to the scene I’ve been imagining her enjoying …

During the summer, I saw her repeatedly
standing on the deck, gazing outward
at the distant lake through the trees
standing magnificently between it and my cabin,
mischievously wearing just a denim vest …

But, now, with the arrival of a cooler season,
I have to concede, being ever realistic, even
when my imagination wants to get carried away,
that she won’t be barefoot on the deck anymore –
she’ll be wearing a warmer sweater and blue jeans
and I can imagine her wanting to go for walks
among the autumn leaves both on and off the trails,
now that it’s too cool to be sunbathing semi-nude
or completely nude, depending on the moment …

I’m still thinking of her as I noisily sweep up
the already crunchy autumn leaves each morning –
the sun isn’t the same, of course, soooo
my mornings are carnally cooler but, soon enough,
I’ll be able to imagine her wearing winter boots, although
she’ll be somewhere else when she’s in them
once the snow comes with the winds of winter …