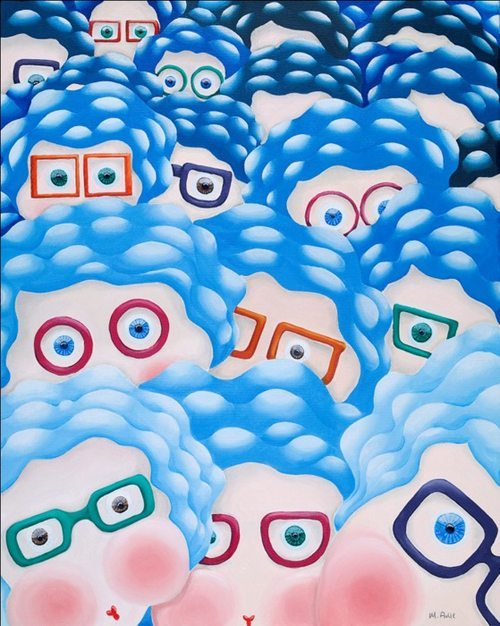 The Black and Blue Brigades

They collectively gave themselves
a name that symbolized their bruises
from society’s economy of inequality that
just kept getting more and more unequal
in its obscene division of everything
and the name also reflected something
that everyone managed to forget:
the 99 per cent owned a hell of a lot of guns …

It was inevitable that the those considered
to be among the infamous one per cent
would become the targets of everyone else’s rage
and, one day, a day initially looking like
every other day, the violence suddenly began
and it overflowed with an absolute anger
that saw entire families being dragged
from their homes to be slaughtered …

The American Reckoning, so named
by someone commenting online
before the Internet was powered down
in desperation by the soon-to-be-dying despots,
resembled aspects of the French Revolution
more than what anyone thought they
remembered of the American Revolution …

And it could have been avoided
had anyone showed any insight
when it was most needed
in the earliest decades
of the twenty-first century –
but, no, there was none of this and, once
the Black and Blue Brigades began
their bloody reaction, it was too late, far too late …

0 Replies to “d.a. pratt | the black and blue brigades”