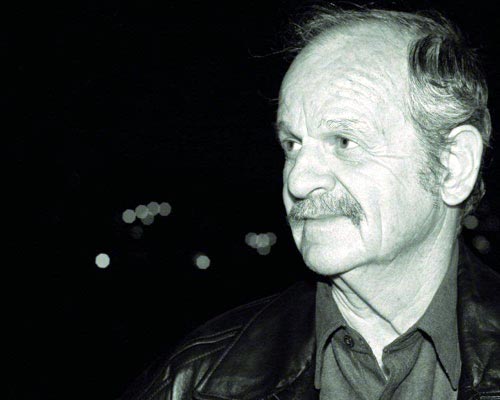 a friend of mine tells me
I need to stop dwelling on the past
that nostalgia is an anchor
that will weigh me down
he’s like the lyric
to that Hank Williams song
“I saw the light, “I saw the light.”
a song he sang to Minnie Pearl
his feet sticking out the side
of an open convertible
on its way to Memphis
I’m still groping for that light
a hundred shadows from my past
hitch-hiking along for the ride

I spend the afternoon
at Martha’s coffee shop
with hot coffee and a newspaper
for company
tomorrow those same newspaper lines
will be past history
should I pretend they never existed?

were she of human flesh
she would crack open
my memory vault
find miles of past memories
that flow like Li Po poems
down a river old as time
should I ignore her
tell her to come back next winter
that now isn’t the time?

I have written one too many memorial poems
for friends who have passed-away
should I shut them out of my mind
focus on tomorrow
build a graveled path that leads
to the promised land?

A. D. Winans is a native San Francisco award winning poet and writer.


He is the author of over fifty books, including North Beach Poems, North Beach Revisited, Billie Holiday Me And The Blues, No Room For Buddha, Love – Zero, San Francisco Poems, and Wind On His Wings.

He is a graduate of San Francisco State College (now University). In 2006 He won a PEN Josephine Miles Award for Excellence in Literature. In 2009 PEN Oakland awarded him a lifetime achievement award. In November 2010 BOS Press published a 365-page book of his Selected Poems.

He worked as an editor and writer for the San Francisco Art Commission, Neighborhood Arts Commission, from 1975 to 1980, during which time he produced the Second Coming 1980 Poets and Music Festival, honoring the late Josephine Miles and John Lee Hooker.

He was an active participant in the Folsom Prison Writer’s Workshop and other prison writing programs.

He has read his poetry with many acclaimed poets, including Diane DiPrima, Bob Kaufman, Jack Micheline, Harold Norse, Lawrence Ferlinghetti, and all of the past and current San Francisco Poet Laureates.

In April 2002 a poem of his was set to music By William Bolcom, a Pulitzer Prize winning composer, and performed at New York’s Alice Tully Hall. In 2012, three poems of his were selected to be set to music by the New England Conservatory of Music for inclusion in a concert at a later date. In January 2009 Sound Street Tracks released a mastered CD of Winans reading from his book, The Reagan Psalms.

In 2012 The Louisiana University at Lafayette recorded a CD of Song Cycles by American Composers, and included in the CD is the song cycle of nationally acclaimed William Bolcom. Old Addresses, with song poems by Winans, Oscar Wilde, Ezra Pound, Langston Huges, C.P. Cavafy, Kenneth Koch and others.

He has worked at a variety of jobs, most recently with the U.S. Dept. of Education as an Equal Opportunity Specialist, investigating claims of discrimination against minorities, women and the disabled.

Winans is a member of PEN, and has served on the Board of Directors of various art organizations, including the now defunct Committee of Small Magazine Editors and Publishers (COSMEP), The South of Market Cultural Center, and Friends of Services For the Arts.  He is currently on the advisory board of the San Francisco International Poetry Library.

Most recently he served on the host committee for the 2012 San Francisco International Poetry Festival.

His essay on the late Bob Kaufman was published in the American Poetry Review and was republished in 2007 by The Writer’s Research Group.  In September 2009 the article was again re-published along with a poem of his for Bob Kaufman, as part of a booklet produced by the Los Angeles Afro American Museum.

His archives are housed at Brown University.

0 Replies to “a.d. winans | poem for the friend who told me i need to stop dwelling on the past”