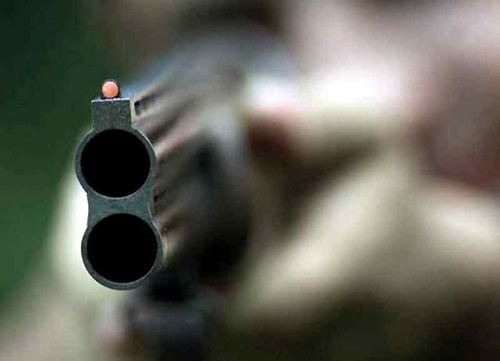 BOY IN THE ELECTRIC DAWN

One shotgun blast
and Dad’s head blown off in bed
for a life insurance policy he forgot
to sign plus twenty-thousand cash.
The idea hatched when Dad
took them all to Disneyworld.

Hit man gets three hundred
bucks of the thousand price.
He stares at the cold stone floor
He paces the ice steel cell.
Took a shot, got snitched on
got life, this not sorry hit man
hired by his friend and girlfriend
a tall slender brown-eyed twin
the bad twin, they say.

Mother fresh out of tranquilizers
in and out of asylums, hires best
lawyer in Florida but this boy
is dead meat, chicken feed and suicidal
He faces death or life in prison.
Must serve 85 percent.

Subplot: girlfriend had other boyfriend
intended to take the money, let this kid hold the bag
Rumor: she slept with her best girlfriend
Plot: she took possession of the father’s
house and wouldn’t let the boy talk
to his father without speaking through her.

Now everyone wants it to go away
as methodically as changing channels
as simple as lemon meringue pie
sliced and eaten quietly
after dinner and the news.

No sob stories here.
First they tried the poison
then they pulled the trigger.
One shotgun blast, brains
and bone-splattered walls
Dad’s two dogs curled in gory bed.

This bewildered son paces the is of because.
Too young to resign, too old to shrug.
Listen to him breathe fresh hot blood.
Cradle him in his father’s heart.
Strap him to the electric dawn.
Plug him in. Go on.

0 Replies to “david plumb | boy in the electric dawn”