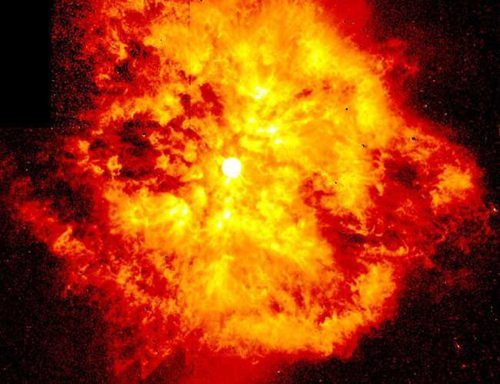 Disbelief in the Sun

Stranger than fiction. More factual than apple pie. The slow leakage of protoplasm. A small cloud of betrayal with a frayed silver lining. The false gods and the real ones and their understudies. The misplaced foot on a wet cliff, the gloved hand of dissection. The great gray mind, sly and on the move.

Cells fly like fireflies from the fast-moving dream. The hero’s journey is withdrawal, only a fool comes out to deal cards in life’s gambling hall. The blasphemous are the anointed, men of god are apologists. Nineteen heroes on a street corner, a sure sign of trouble.

Self-inflicted pain is the only pain. The rain comes down without stopping and then we see what we’re made of. A short-circuit fuse box. A clown wrapped in cardboard. Mildewed toenails, unresolved conflict, the escape hatch of suicide. Disbelief in the sun.

Praise the moment in its pretty pink dress. What works today didn’t work yesterday and it won’t work tomorrow. Streak on out of here, make room for emptiness. Silence is a scream with no voice box, claustrophobia in an infinite universe. The mad mystery with no place to run to.

The brash promise of the Hurdy Gurdy Man. The sales pitch of perception. The trunk filled with gold medals. The thin ice on which we resurrect our slim hopes. The missing note in an unobtainable octave. We grapple with things that were never there to begin with.