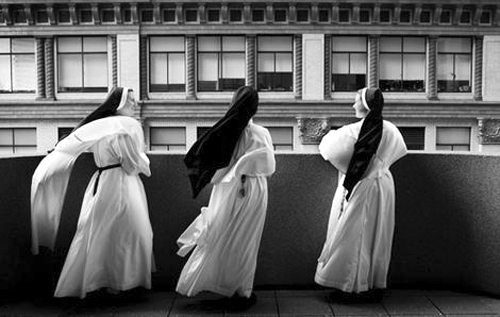 Then they
turned me
over to
the nuns.