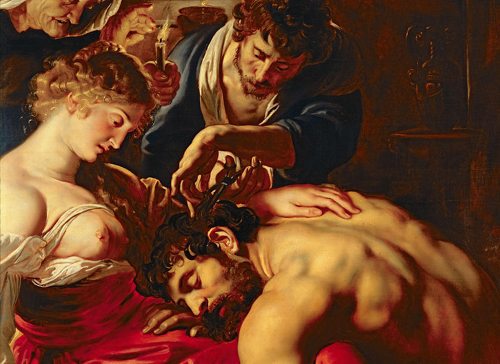 Samson and Delilah by Rubens

Samson took
the castle
by storm
while the
king’s court
sat on
the rooftop
drinking tea &
watching him
thru binoculars.