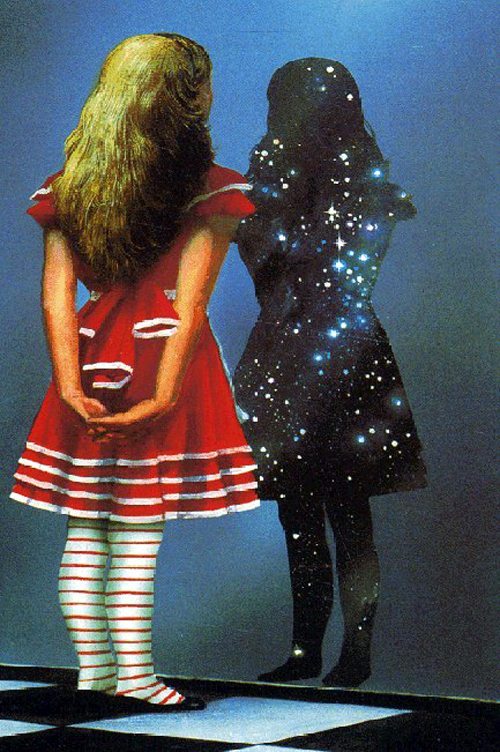 One Step Thru the Looking Glass

There’s no fool like an old fool. There’s no number like the square root of seven. There’s no age like the Golden Age. There’s no hope like the last blink of despair.
Friendliness is a double-edged sword. Contempt is a last resort. Water finds its way around obstacles.

These are fragments to be shaped into monuments. To be loaded into awareness like bullets and fired into the target, into a wall, into the blank stare of God.

There’s a way to start over. To resurrect the dream mummy and send him goose stepping down the road. Crazy love’s still an option, all’s not lost. Turn on the smile machine, roll your eyes, wiggle one ear then the other, do a dance. See how smooth it unravels, like confetti thrown from tall buildings after the war. See how the colors swarm and the rooster crows?

One step thru the looking glass and it’s all yours again.