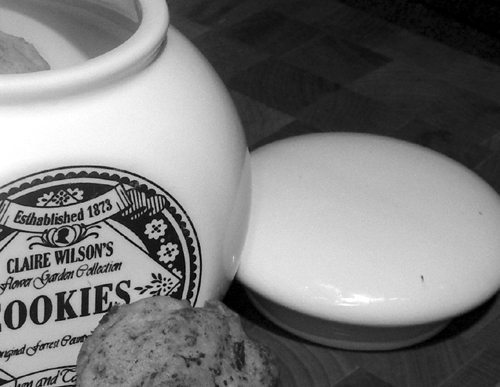 The Slam-dunk Big Bang of Eternity

It’s inevitable that I should wind up on this hill with the setting sun in my eyes and a blister on my big toe. Inevitable that I should run out of plots for my fairytales and my 32” waist should vanish. That my eyes should grow weak and my will power strengthen. That I should stop looking for happiness in the cookie jar and that living should neutralize dying.

Maybe inevitable isn’t the right word, but I think the whole show is inevitable and that it all takes place simultaneously. There is no time line.

I’m not sure why my mind works this way, but there’s no more importance to it than a baker putting bread in the oven or a German on a witch hunt for Jews or Jews coming down hard on Palestinians. These are arbitrary examples, I could have used Shirley Temple singing The Good Ship Lollipop or Elvis Presley twitching his hips or Mother Teresa scratching mosquito bites or Einstein lost in a dark night of fireflies. I could have kept my mouth shut for that matter except it’s preordained.

Well, there it is, inevitable is the wrong word, the right word is preordained.

These are my thoughts on the eve of the completion of my 75th year on earth, seven and a half decades of imaginary time in the slam-dunk Big Bang of Eternity.