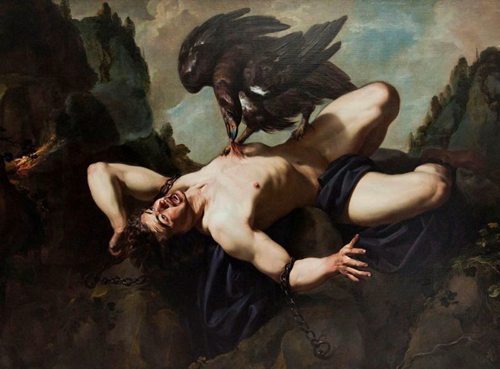 Perhaps we’ve got things ass-backwards, perhaps the Big Bang wasn’t darkness exploding into light but light shattering into darkness, maybe the Big Bang was Satan bursting free of his chains, like Prometheus, maybe that accounts for a sprinkling of genocide thru the ages, the Inquisition and the Crusades, Viking marauders and the Hell’s Angels rising up out of thin air, why God speaks thru politicians, He’s struck a bargain with the Devil.

Science is barking up the wrong tree, it’s all politics and packaging, the atom has nothing to do with the A-bomb, hydrogen with the H-bomb, deformed children are the fruits of our labor, it’s all some sort of bad joke, an ongoing nightmare of tsunamis earthquakes and volcanic eruptions, the aftermath of a great brutal Mystery that doesn’t know we exist, that roars thru realms we can’t begin to imagine.

Here I sit on my hill in my van in the time-change darkness, squinting thru the fading light at the yellow pad, crossing swords with inconceivable forces.