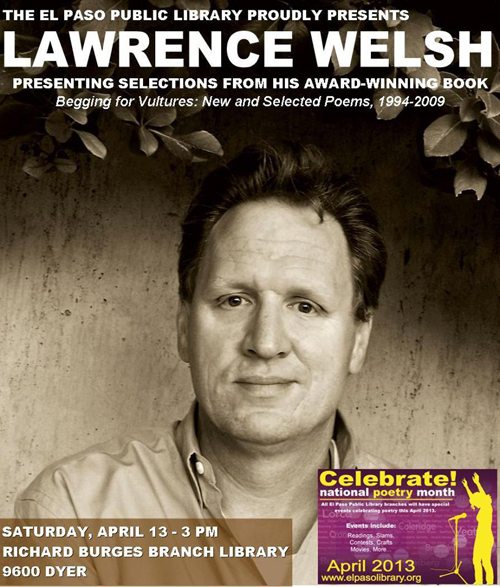 El Paso writer Lawrence Welsh, who won the 2012 New Mexico-Arizona Book Award for Poetry, will read from his latest book on Saturday April 13 at 3 p.m. at the Richard Burges Regional Library, 9600 Dyer. The free and open to the public event is part of El Paso Public Library’s celebration of National Poetry Month.

Published by the University of New Mexico Press and now in a second printing, Welsh’s Begging for Vultures: New and Selected Poems, 1994-2009, has become an El Paso Times and Southwest bestseller. Last year, the collection was also named a “Notable Book” by Southwest Books of the Year in Tucson, Arizona.