So, here we have it, John Kerry
rattling back a sword to the 28 year
old Kim Jong-un. And each day
we read the headlines on the
internet, headlines that are forced
before us whether or not we want
to be reminded that inferior men
are risking our lives and the lives
of millions.

I remember maybe ten years back
seeing a photo in the New York Times.
It was a picture of maybe a dozen
North Korean men and women carrying
fire wood in zero temperatures out
of a snowy forest, their backs bent almost
at ninety degrees to the ground.
These were hungry women and men
with children and no heat for their
small homes.

I remember a Washington “think tank
expert” talking on WBAI about North Korea
and how much of a threat it was to the
“rest of the world.”

So I called the station and waited to
get through. I posed this question:
“Why haven’t we learned after WWI that
putting all the blame on a nation only leads
to further despair and then to the rise of
fascist leaders, left or right, who rule
with a hard hand and give some kind
of twisted pride to the people? I asked,
whey don’t we feed the people of North Korea?
Why don’t we send food and medical supplies
and other kinds of aid instead of isolating them
and condemning them for being a “rogue nation”?

And then, of course, there was the fraudulent president,
the thief president, George Bush, with privilege but no
brains or character, calling the North part of some
“Axis of Evil.”

So, here we are today, April 12, 2013, in a predicament
where the flower of all this arrogance and error comes
to full bloom. And the world shivers.

Here we are in the richest, fattest country in the history
of the planet, as I sit huddled in my garage apartment in
one of the richest towns in this rich nation, where there
is so much wealth I want to hide my face for even being
here. Here we are hoping for a miracle.

And yet, there’s John Kerry hurling his threats back
at Kim Jung Un, when Kerry should know so much more.
Kerry, whom I respected for his brave speech before
the the US Senate after Vietnam, telling us how wrong
and terrible that war was.

So, we seem compelled to take this terrible, wrong-headed
path.

I ask, is there no one with courage in Washington leadership?
No one to say, wait, stop, let’s not mirror what this angry, hurting,
and now foolish North Korea is doing.

Instead, let’s offer peace. Let’s offer food and medicine and aid.
Let’s work on doing this, work out the details.
Let’s step back from the edge of anger and hideous destruction.
There’s still time, let’s do this.

And so, as an American poet, who admittedly has not done
enough to keep us all together, I lament. 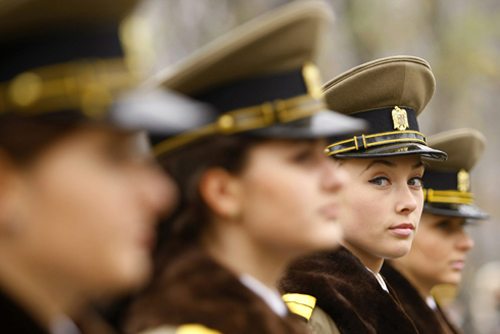