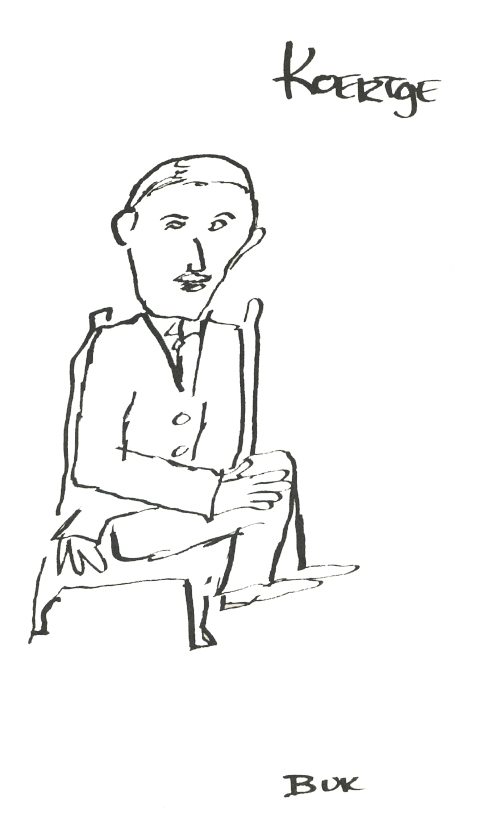 MEN WATCH FOOTBALL BECAUSE THEY ARE LONELY FOR OTHER MEN

They would like to wear real uniforms. They would
like to get knocked down, then get up and pat each
other on the ass. They would like to look into
the stands and imagine women there who admire prowess
and guts, women who might meet them at the players’
gate afterwards, who might give them the time of their
lives and then vanish.

But they are just as happy trotting into the locker
room. They like to be fussed over by the trainer
and coach. They like to see the other guys horsing
around in their towels.

They are not homosexual. They do not understand
homosexuality. They do not like their own bodies
and cannot imagine caressing another one.

It is the locker room where no one is ashamed
of the beer gut, the missing teeth, the bald spot.
At home they spend hours sucking it in, combing
it over.

Women care what men look like though they are often
mean about beauty in their sisters. Looks are not
so important to men. If the quarterback is a god
they say, “It’s not his fault. Can he help it if he’s good looking?”

Men worry about their looks because they solicit
their wives for sex and they know women prefer
handsome devils. Too, they believe that women
do not like sex and – being mothers — probably
should not. They know women like to be wooed
and regularly invest in candles and champagne.

But nearly every man knows the difference between
his idea of a perfect evening and his wife’s. He
wants to watch her undress, watch her get her nipples
hard, then fuck her fast. He knows she wants to
wash her face and kiss goodnight saying, “Thank you,
honey,” which means thank you for not ruining it
with that thing.

Men watch football because they would like to live
and work with forty other men forever. They would
like to kick ass and get theirs kicked. They would like
to have injuries X-rayed and reported in the papers.
They hate taking Maalox and Excedrin. They hate the
suppository.

Men watch football because when the end drops it
or the tackle fucks up, the team will eventually forget.
Until then, he sits in splendid isolation, head in hands
on nationwide t.v. Or he can compensate by snaring
the winning pass, decking the panzer back. At home
no one seems to forget. Last night’s, last week’s,
last month’s mistakes are worse than game films. Chances
for a big play are small to nil.

Men watch football because it reminds them of what
might have been. Young men think if it hadn’t been for
some bad breaks they could out-pussy Namath. Older
men are not so sanguine. They do not feel if the phone
rang they could go in. They cannot always handle
the longing of every Schlitz, dolor of chip and Frito
much less a bullet from some howitzer-armed rookie.

But they can watch the veterans, relentless specialists
coming in in every clutch, splitting the uprights,
penetrating the zone, lean and mean and deep in their
40’s, grey at the temples but probably more young stuff
than they can handle and $90,000.00 a yr., too.