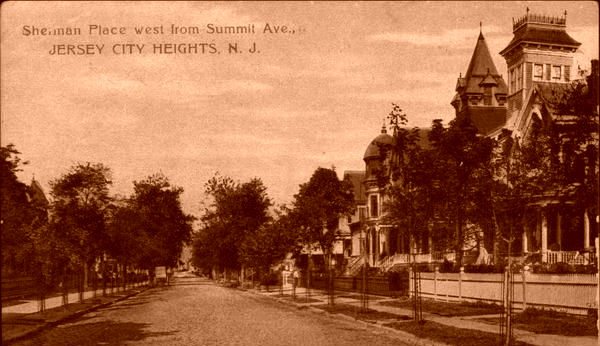 FROM THE BAY WINDOW

My brother Bob, my big brother,
comes to my rescue in the middle of
the night last night. The phone rings
and I think, who is calling at this hour?
It must be an emergency. And it
is, in ways, because my brother’s on
the phone asking if I’m all right.
Am I all right, I think to myself.
Hell, well maybe I am after all.
We have our kids all grown now,
and they aren’t us, but there’re
all right these kids of brother poets.
They’re pretty damn good, in fact.
So, I say to my brother on the phone,
are you all right, Bob? Are you okay up
there? As if the night that separates us
for this one moment joins us, as we were
joined when we were young boys, little
kids, really. It was Jersey City,
Sherman Place, it was the street ending
on Central Avenue. And I was being harassed
by a bully. The boy was bigger and older than me.
I was scared and heading home, and this ruffian
was on my tail.
When, lo and behold, who leans his head and shoulders
out the bay window above the street?
It was my big brother, that’s who.
And that bully saw my brother and made a fast turn.
I mean, he didn’t even break his stride. It was
as if it was in the very nature of things, a central
part of the universal justice, right there off
Central Avenue.
And so, too, last night. There he was again,
my brother, so much older now,
like me, the two of us old men.
But in that moment on the phone
we weren’t old anymore!
It was that bay window boy who defended
me, that protector. And who was I?
Well, I was, once again, the younger
brother in need.