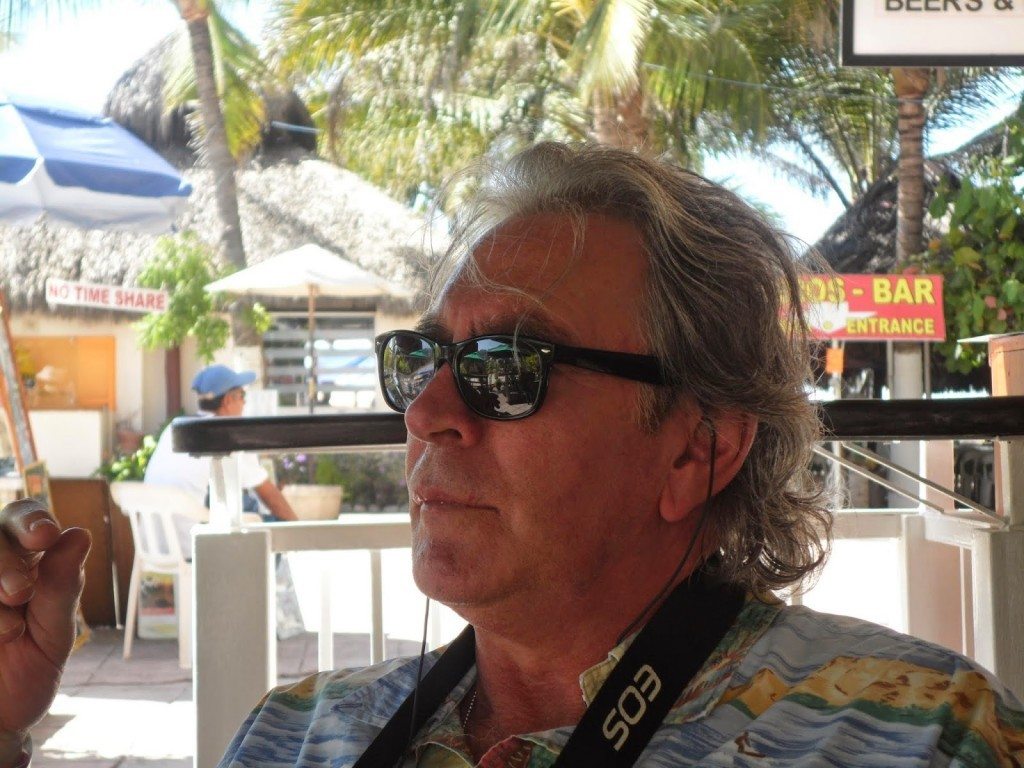 72, passed away Tuesday afternoon, November 17, 2015 at his home in Medford, Oregon after an intense battle to overcome lung cancer.

Born and raised in Vincennes, Indiana, Doug has been a presence in the ‘underground’ and small press movement since the late 1960s, becoming part of the notorious Los Angeles poetry scene of the latter twentieth century. His poems, short stories, and plays continue to appear in a wide range of magazines, newspapers, collections, broadsides, and online journals.

He was awarded PEN grants in 1987 and 1991. He continued to write and have his work published until the end. He has had a total of 17 books of poems and short stories published. A large collection of his work, “Ferrago Soup,” will be published in early 2016, as well as a collaboration with Swedish artist, Jan Karlsson, entitled “Street Time.”

He started writing as a teenager in Vincennes and moved to Chicago where he attended Chicago University where he studied philosophy and creative writing. He went on to the Fine Arts Academy and studied drama and theater. A wartime draftee, he served two years in the U.S. Army Infantry during the Vietnam War era, and after his discharge, became active in the anti-war movement when he moved to Los Angeles in the summer of 1967. He attended Los Angeles City College on the G.I. Bill where he studied filmmaking and anthropology, as well as landing some screen time in Hollywood. Doug moved to Oregon in 1981 where he has lived for the last 34 years and retired from the Ashland School District as a Special Education Assistant in 2002. He was a movie buff, an avid reader, and a collector of rare books and antiques.

Doug was a deeply spiritual man and a seeker of the Truth. He will be deeply missed by friends and family. The family will hold a private celebration of his life. Any memorial donations may be made to The Native American Relief Fund or Amnesty
International.

Please Note: It was around december 2008 when I got in touch for the frist time with Doug Draime who contacted me via –outlawpoetry.com – Right from the beginning he was one of the easiest guys to go with. He had a certain class, a very special way to communicate with me. No “chichis” !!! ( like we say in french for people who are not “pretentious” in any way.) Thanks Doug!

One Reply to “Doug Draime”