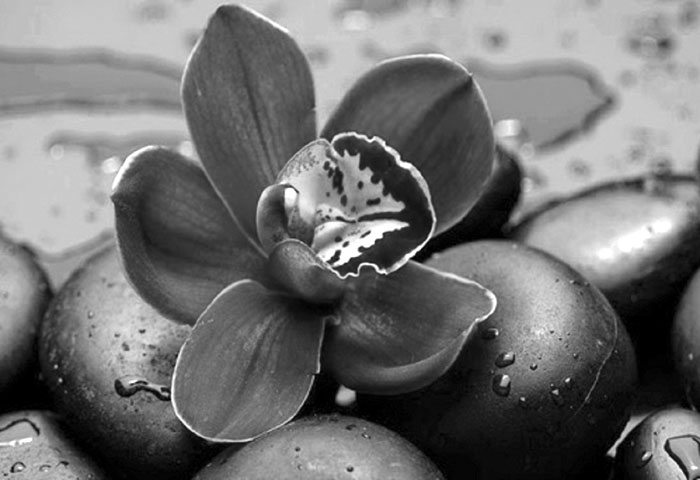 all at once.
……….Where in bright sunlight
an orchid, caresses .