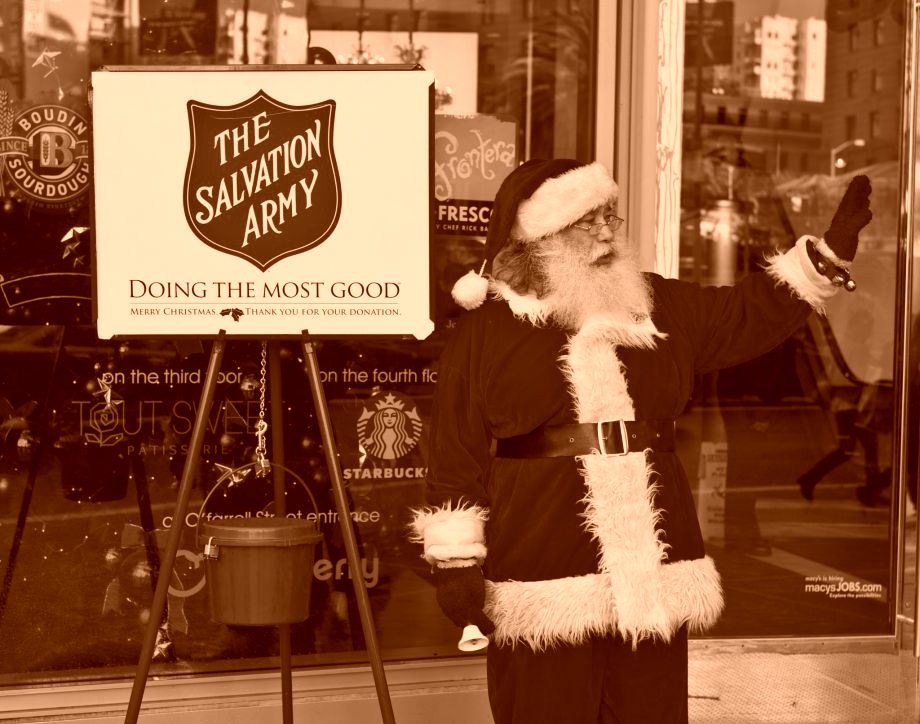 Over by 5th and 34th
just below the Empire State Building,
Santa rang his bell
as I dropped a five into his red bucket.

“Break time”, Santa said
pulling his beard to the side,
lighting up a smoke.

“You know King Kong climbed this thing,
had that girl he loved right in the palm of his hand;
those planes got him.”

I looked down at his tote bag
looking for a bottle of whiskey.

Had to be one.

He was old, this make believe Santa,
needing to talk, needing someone to listen.

“You know, I worked in this building,
up on the twenty second floor, as an accountant
and kept a picture of Kong over the desk, an idol in a way,
his struggle against captors, his escape,
his demise.”

“Let go, replaced by the machine.
I would rather have escaped,
climbed this building, being shot down by
a police copter. Kong,
I wanted to be Kong.”

“Only at Christmas, did I tell you I had a girl once?”

He looked at his wrist.

“Break over, they watch you know,
see if you’re doing your job.”

He snapped that beard in place
and rang the bell.

I heard that bell ring blocks away
and thought of that Kong wanna be, the girl he had once,
right there in the palm of his hand.