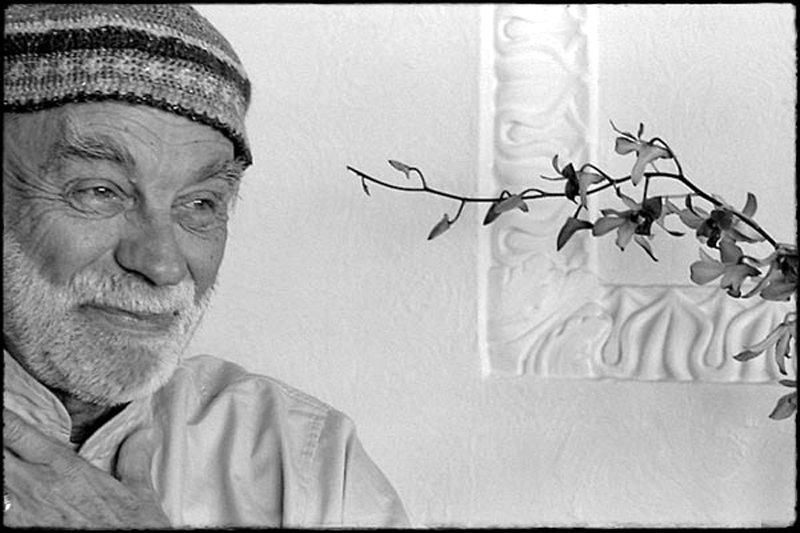 James Broughton in 1977 saw his SEEING THE LIGHT book on film published by City Lights, San Francisco.
He wrote oz is a different order of nonsense from zen.
zen is the moment of awareness.
tao is letting the moment go.
zen sees everything that is.
tao moves with everything as it flows.
“When the zen master pointed at the moon he said, why are you looking at my finger?” James wrote,
“Zen as an art of seeing does not follow a script.
I make my own oz just as i make my own zen.

Should your dream sounds realistically a bit dreary
i wonder if you might consider joining in OZZENTAO.
yes still the world will end. The scope & how we approach the end and it reaching us we don’t know.
Yet how fine to have had dear companions. & whatever is hopeful.
as it is having love in an unknowing.
OZZENTAO!.

(Translantion: james broughton in 1977 saw his book on film SEEING THE LIGHT published by city lights. he wrote that oz is a different order of nonsense from zen. (p.5) that zen is the moment of awareness. tao is letting the moment go. zen sees everything that is. tao moves with everything as it flows. (p.72) james wrote that when the zen master pointed at the moon he said, “why are you looking at my finger” and that zen as an art of seeing does not follow a script. (p.43) he also wrote “like my poet friends who are also devotees of oz (duncan, mcclure, brakhage, jonathan williams) i make my own oz just as i make my own zen.” (p.52) should your dream sounds realistically dreary and i wonder if you might consider joining OZZENTAO. though the world will still end. but how we approach the end when it reaches us we don’t know. but how fine to have a dear companion. so that is hopeful. it is love in an unknowing.) © Edward Mycue 6/VI/2016

p.s.(note to Joseph Duemer) James Broughton and I had a running joke between us: when some folk would ask what’s that poem about we’d say “let me translate it for you” and then just repeat it as we might speak sensible prose. We called that ‘translation’ and it seemed to satisfy. Richard Steger, painter, said it was one of the doublings you’d get from people reading haikus where they repeat each one. And of course James Broughton was often reciting his “Hi Kuku s”. We had lots of fun because we were pretty simply to start with, and to end with, but somewhere mid-muddle there was sense. Ed
(c) 6 June 2016

15 Replies to “Ozzentao by Edward Mycue”