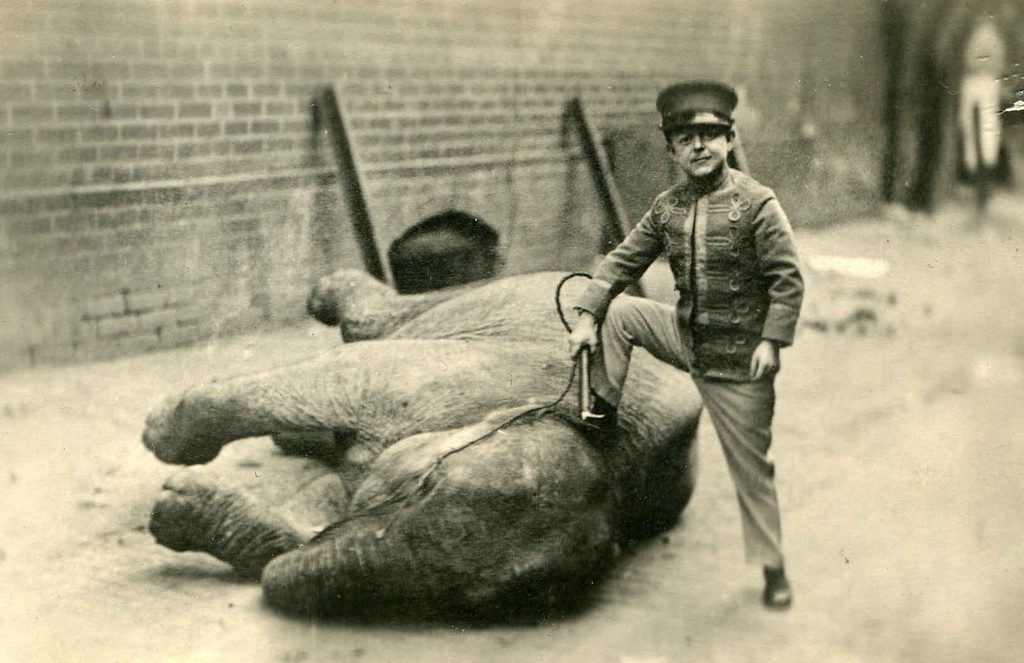 I have seen midgets dance on Elephant backs
and clowns sweat off that semi-permanent red smile
as they tossed confetti water from galvanized buckets
and at the end of the ‘step right up day’ we all dug deep
into our whiskey carnival ride wondering how life became
stuffed into a single wide fifty foot trailer to Neverland.

Long before the ticket buyers and curious kids,
a crew swung sledge hammers and hoisted big tents to upright
as pancake powder whitened unshaven faces and the stuffed dolls were set up for a soft ball toss folks could never win or just maybe a half dead goldfish would go home if the bell was rung with a mighty daddy swing.

So Ringling Bros. was brought to suburbia in summer heat, tradition
right there in empty parking lots and at the end of it all, the crew
would dismantle the fun-house on wheels and half eaten corn on the cob
was kicked to the side of the road as squirrels watched and waited
to feast on carnival leftovers, as the packed tents road off
to the next town.