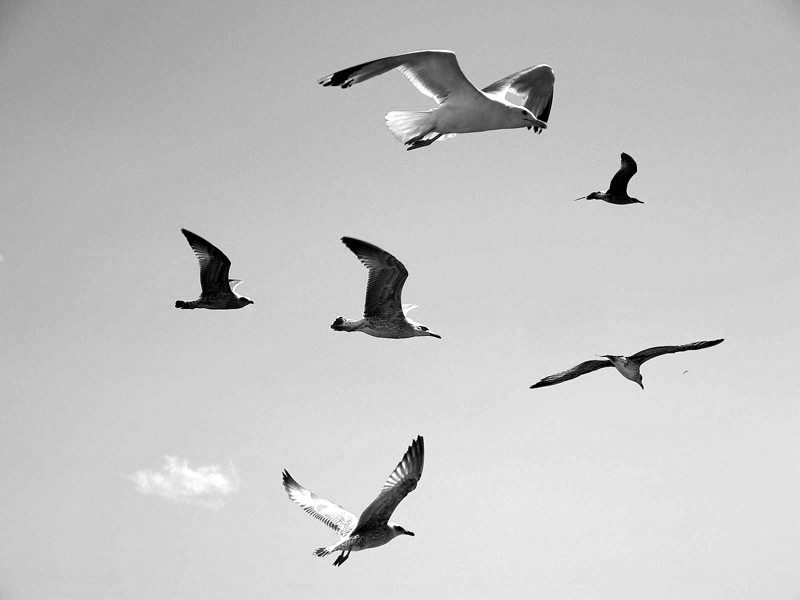 A flock of gulls hovered and squawked
high over a dead water rat,
though not interested
in pecking the flesh,
more curious, like when that
fender bender catches a human eye.

The tide brings in much
from foreign beginnings;
bottles, rubbers, filter tips
all mixing with kelp and killies.

Capt.Lou drifts by,
a large charter vessel carrying
the weekend fishermen
carrying more beer than bait,
but hell, they’ve put in their week,
now it’s time to put out to sea.

That dead water rat
and assorted trash, rises
and falls in the boat’s wake
as those gulls follow the vessel
out to where bait will be tossed
and their squawk will fill
blue skies, dive bombing at times,
to snatch a bit of survival.

One Reply to “Survival by Jim Senetto”