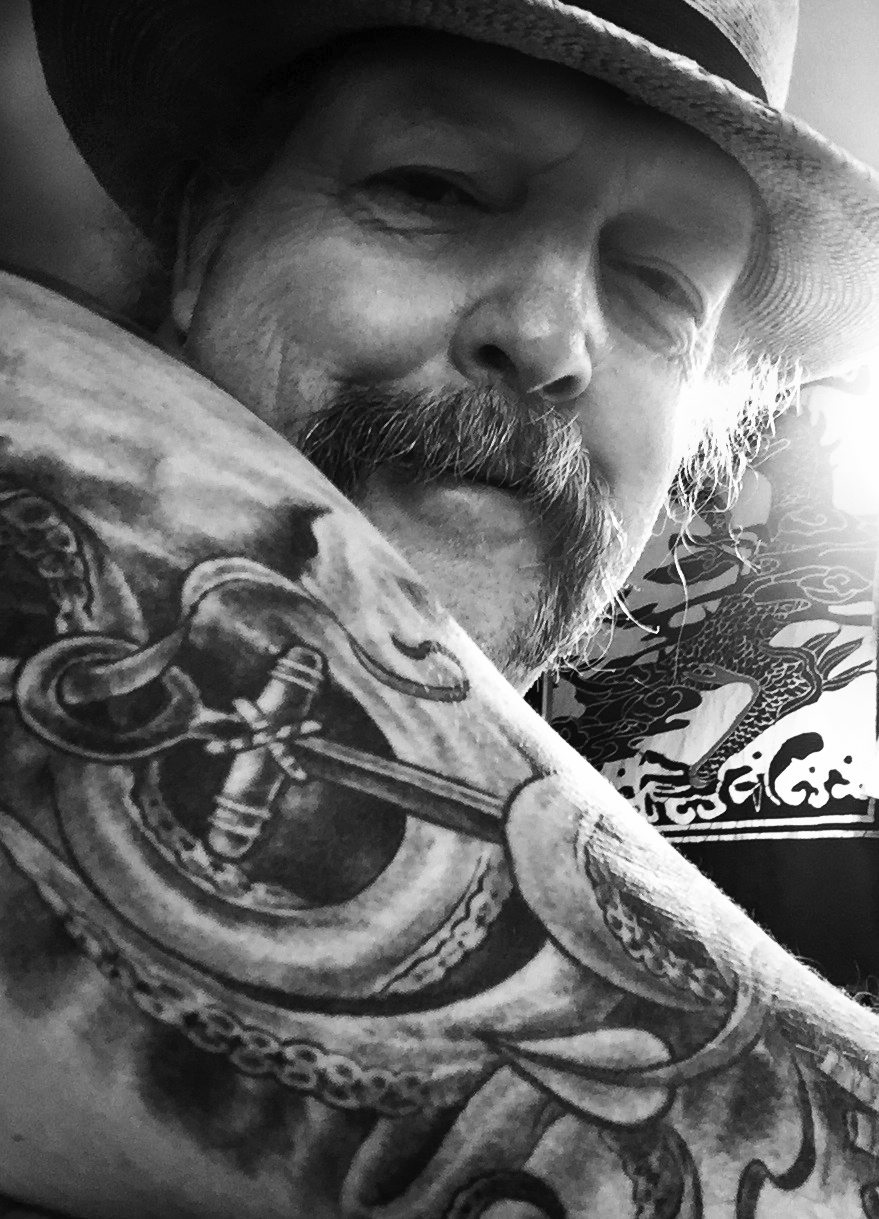 Pock Marks of My Life

Anticipating a handout
from someone that might care,
an army of homeless prophets
stand at busy intersections
holding cardboard signs
with messages
that read to no one.
Advertising to a community
that only looks the other way
pretending they cannot see
as they become blinded
to what society has rendered.

Don’t hand them a Happy Meal,
as it is unsuitable for their pallet.
It will be tossed behind a barrier
for the enjoyment of the night rats.
What they would rather have,
for their long hours of void,
are a few dollars
to fed their addictions,
or to pay their handler
for his promise of new shoes,
a coat or a bottle of cheap rum,
a drink that stings the throat
as it allows for the numbness to remove
the mist in the eye
and the past from the now.

Back alleys filled with bent and broken needles
as thick as the aftermath of broken,
dried and fallen thorn bushes.
The plastic cases crunch under your boots
as you walk the back streets
while you avoid the scattered condoms
laying in tossed configurations
like wilted and twisted leaves
wind blown across the courtyard grounds.

Crossing the interstate borders
entering another state
on another so-called business trip
to buy lotto tickets
with the money earned at a yard sale.
Sales from cloths that have shrunk
after decades of overindulgence
of prepackaged and tasteless
artificial infested food.

Your investment portfolio
is full of multi generated entry forms
from Publishers Clearing House,
while your mailbox
fills with subscriptions
for 100’s of magazines,
none of which you will read.
You want nothing to do with the conspiracy
to eradicate the worlds trees.

I find myself at a family reunion,
though the family is not mine.
My mind full of the weather
and promises of blue skis and buffalo wings,
over friend chicken in skins
that resemble the folds of a baboons ass.
They all begin to shout,
cry and whisper
that their beautiful reunion
has been forever shattered,
the whiteness turning black
as if my being there was the reason
for the rape of the virgin grandson.
A lie from his first cousin
that coveted the constant thirst
for an erection.

I abandoned my reasoning
by the three tiered buffet table,
assembled with offerings
from the dry and rough,
to the slimy and molded,
all of which had aged
to a dreadful stench.
I ran, stumbled and crawled
into the back seat of a copper station wagon
filled with faces that looked like mine
only to have a wasp
fly up a sleeve and sting my back
while the drivers dog
shits in the back and grins.

I listen to scripture
being quoted from a evangelist
dressed in a dingy worn bathrobe,
standing atop a bowing plastic milk crate,
on a corner near
Pikes Place Market.
He is spewing scripture from the bible
while trying to devour the minds
of the panicked people
while they briskly walked by,
trying not to look.
A slight breeze
summons the parting of the robe
to revile a hermaphrodite
with bleached pubic hair
and a vibrant tattoo of a peacock
accentuating its polished genitals.

You danced naked in the window
knowing the blinds were intentionally open,
then performed shock
as you saw someone watching me,
watching you.
I heard the sirens squeal
and turn to see the gypsy’s daughter
raise her skirt over her head
and these brief moments
became pockmarks in my life.

Energy and perception are made visible
with organic intensity that derives
from the want of something
so deep from within
that we have no clue
what it could be,
until we find it.
Holding the realization
that it is to late,
the moment of our ecstasy
is clocked with the incarceration of death.
Time permits the fearful to cast judgment
and talk about their perception of you,
unknown to the circumstances behind your thoughts
and perhaps your death.

Being that we are all
wonderfully and internally different,
which is truly the truest beauty of being,
it should come to the surprise of no one
that when looking at the shadows cast by
27 flaccid penises
they will all still look the same.

I drink red wine
as it drips from my untrimmed mustache
landing on the front of my shirt
with the splash of a stain,
that runs deeper then the cloth.
Teardrops fall freely
behind the splattering sequel of the wine.
Sorrow from a lose of the way things should have been,
but were somewhere damaged
and continually crumble away. 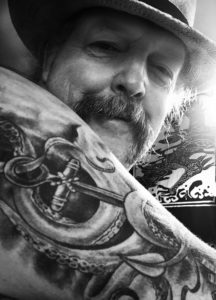 Dan Abernathy. Welcome to the chaotic and often strange life of a Quasi, Clumsy Spiritual Warrior, Dan Abernathy. This Renaissance man is known as an outlaw poet, artist and purveyor of words, a junkyard philosopher, and a vagabond searching for a pure hedonistic meaning for his of life.

His voice, be it in his words or in his art, is a collection of oddities, fascinations, desires and obsessions – a road map of sorts, tracking the life of a man that can’t and won’t fit in.

“His poems are a bit like a well fingered bowl of mixed treats in a dark bar – filled with some salty Charles Bukowski, some chewy Hunter S. Thompson, and a little zap-a-hooty sweetness ala Dr. Seuss (tossed in just for the kiddies…er, ah, not that I’d recommend this one for any mother’s son.” – David Vaughan, an artist, writer from the Pacific Northwest coast.

Abernathy makes available 98% of all his perspectives, be they fluid and random thoughts, or meandering and incomplete rants to the masses. They other 2% he keeps to himself, archived and a gift for the scholars and naysayers to decipher. Abernathy has published two books of poetry, Looking For Security While Wearing a Loincloth and I Don’t Shave on Sundays. He is also the Editor/Publisher of The Contributor, a monthly newspaper of free speech, art, travel, the spoken word and other oddities that should be revealed.