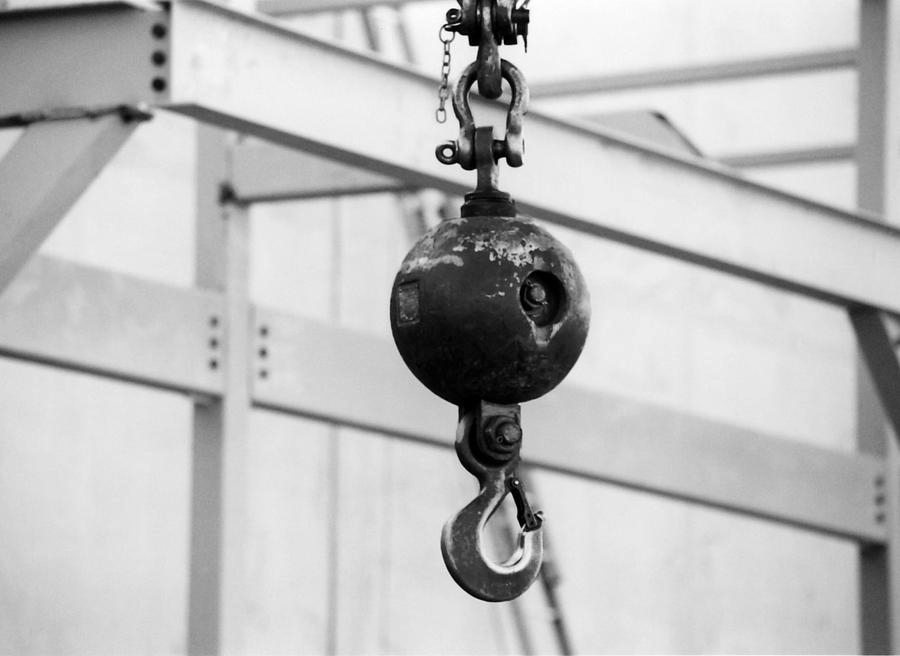 Working higher than the crane boom
climb down to where the hookball hangs
the operator knows it’s time for lunch
and moves it toward you on the steel
you grab the cable, step in the hook
one foot upon the headache ball
jerkily at first smoother now the ball
descends to earth some sixty feet
your gloved hand grasps cable full
of spiny broken rusty wires you
feel the operator’s touch on clutch
as earth comes up to meet the ball
suspends you just a foot or so
above it, jump off, wave a thanks
and head for where you always eat,
a johnboat in St. Louis Bay tied to
the bank and gently rocking, lunch
bucket waiting beneath a board seat
cast off and row a ways unsnap
the lid and pull a sandwich hard
boiled egg and fresh peach too,
coffee from The Spot Cafe they
filled it in the darkened morning
it’s so silent on the water, sky so
blue and crisp above this is living
in the moment that’s what they say
to do, works for now is all you
care. You see a D9 Cat up on
a levee the north breeze blows
its sound away, a figure climbs
down off it, he’s going for his
truck and cooler, used to be a
muleskinner that’s how old the
old guy is could pick an egg up
with the blade, roll it into an
iron skillet, that’s how good the
driver is, drinks only beer at
lunch, they let him, never be
another like him, he’ll have
three and back at it and out
work us all, outlive us too.

writes and welds on a farm in Resume Speed, Kansas. His short story collection (Night Train, Cold Beer) won publication by a university press and not much acclaim. Three more books since, the latest a collection of poetry titled Scattered Cranes, published by Pski’s Porch, 2017. His wife has an honest job in the city and drives 100 miles a day to keep it.

One Reply to “Ride the Headache Ball by Guinotte Wise”