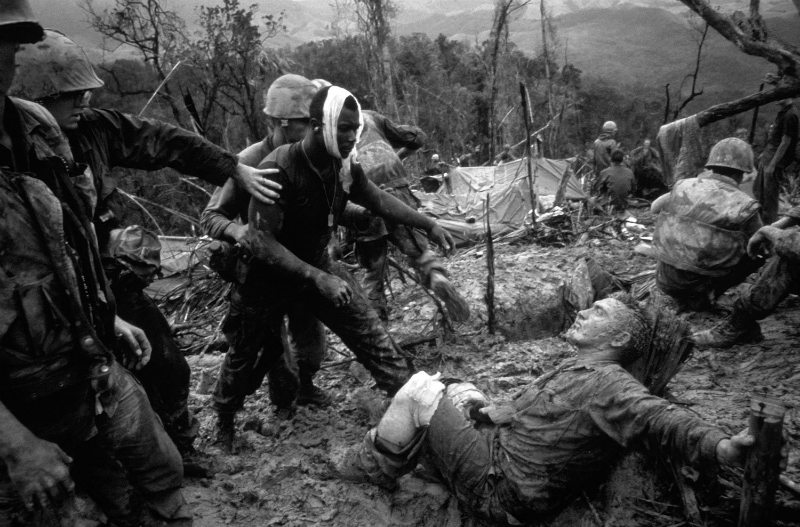 You are dead now, your blood laid
In sacrifice for the country you called my land
In Belleau Wood, you bled, your body torn
In the Argonne Forest, you froze in war
At Inchon Reservoir, you died so those
After you could live in peace not fear
In Viet Nam, you slogged through a war
You did not want but went to fight anyway
In Iraq, you died while the men who sent you lied
About why and who and where and when
In Afghanistan, you lay in the cold and the heat
And the fear of IEDs and car bombs and treachery
Pieces of you stayed, your legs, your arms
In the sand, and you left your buddies dead
Some of you we’ll never name, some of you
We’ll never know how or when or where you died
At home, while you were dying in France
At home, while you were dying in Germany
At home, while you were dying in Korea
At home, while you were dying in Iraq
Americans were dying in their car
Americans were dying in the streets and in the bars
Americans were dying in flaming towers
While others were murdered as they walked
And some of us, pistols in hands, slaughtered
One another, never knowing you had given
So they could kill in peace, and kill still they do
You are dead now, those of you who understood not
But did not ask why and I envy you. Dead, you will
Never see the stupid dark and brutish man
Who holds the chair that others held who sent
You to die in the heat and the muck, to rot
In the slime and the cold, to lie forever unknown
The others who sent you did bleed each time
One of you bled in the sand or the mud
But I am so glad that you are dead
So glad that you do not have to see the stupid
Ugly man who will never understand what
Or who or why or when, but glories in the
Viciousness that you were sent to still
I am so glad you are dead. You will not have to live
In shame, as we the living do, with this stupid man
This cruel and stupid man we have to call president
He is not a monument to all you died for
But an inglorious maniac a liar a cheat a rapist
A fascist a nazi a man with no honor
A man who dismantles, destroys, desecrates
The Republic you died to save from the Exterminators.
But you the dead will not know our shame
For we the living put him there put his finger
On the trigger that can kill millions, and he will
Without regret, someday as today he destroys us
We are to blame now. The democracy you saved
Gave us this gruesome man who does not honor it
Does not honor you, any of the dead, the dying.
I envy you the dead Americans who came before me
I envy you who went to the sand and the cold and heat
And the rain and bloody battles so that I could
Live in peace and not fear. But your sacrifice was in vain
The Destroyer lives among us defiles us kills us
I envy you now that you are dead but I will not lament
Instead I will lay wreaths at your feet as you look back
In despair at the wreckage of the dying dream
You will know that at least one among us bleeds
For you and understands why and where and when. 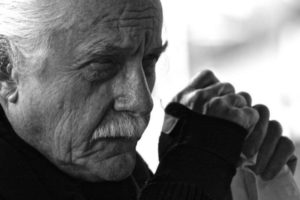 Jack Remick is a poet, short story writer, and novelist. Coffeetown Press is bringing out The California Quartet –  The Book of Changes , The Deification and Valley Boy, Trio of Lost Souls. Blood, A Novel was published by Camel Press in 2011. Coffeetown also released Gabriela and the Widow in 2013. Coffeetown published Jack’s book of poetry, Satori, poems in May, 2014. Gabriela and The Widow, Valley Boy , The Deification and The Book of Changes are available on Kindle and 5×8 trade paperback editions on Amazon.com, the European Amazons and Amazon Japan. Libraries can also purchase books through Follett Library Resources and Midwest Library Service. Gabriela and The Widow was a finalist for the Montaigne Medal in 2014 as well as a finalist for the 2013 Book of the Year Award.