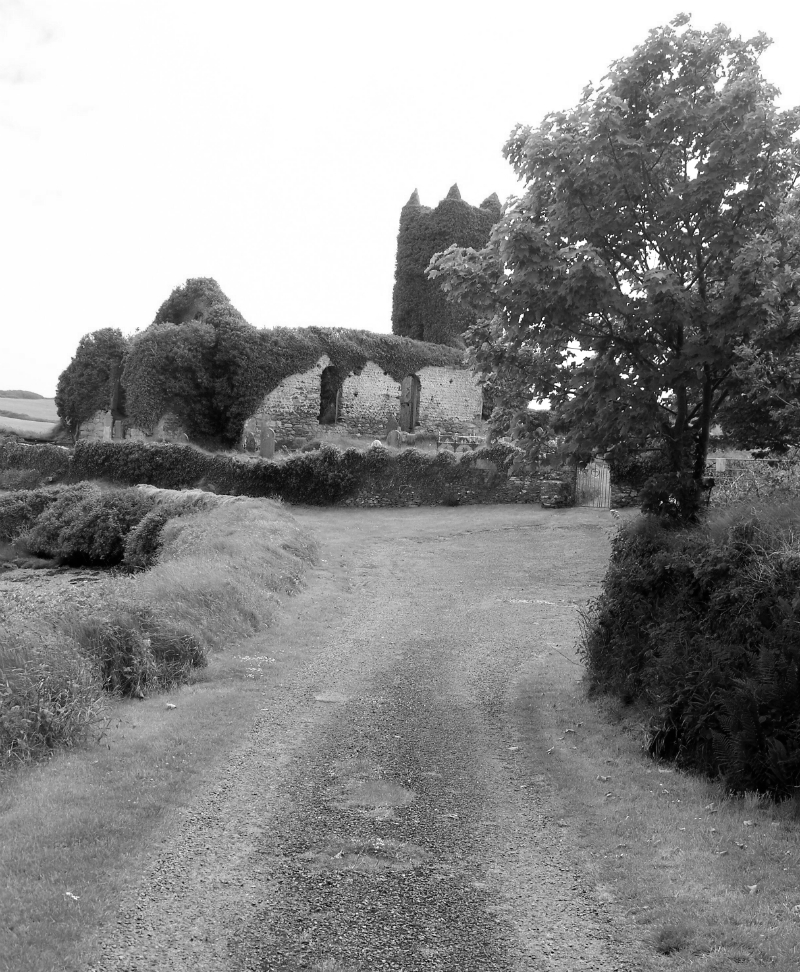 A Country Road (near Skibbereen)

This old bog road, is deserted now,
With the hedgerows overgrown;
The fields each side are still carefully spaced,
By ancient drywall stones.
The Fairy Mound, is not disturbed –
Old suspicions linger here,
But the cattle and the crops have gone,
And the old folks have disappeared.

Between the gaps of invading grass,
Old cart tracks, I can see;
>From when farmers drove on market day,
Down to the town of Skibbereen.
And where I on rainy mornings,
Splashed reluctantly to school;
The first road I ever travelled –
Of the many later I would choose.

Two ravens, swoop down from the trees,
Unused to been disturbed;
Their dark eyes watch my progress –
Recording every move.
Then they rise and fly off easterly,
To report what they have seen,
Perhaps to ghosts, that once walked here?
Or a far more Higher Being?

I turn – retrace my footsteps –
Reluctant to go on;
There is a special grief in all returning’s,
When the loved ones have all gone.

In my grandfathers time they cut the turf by hand,
The sleàn incised with the skill of a surgeons scalpel
Dissected the brown slab from the ancient bog;
Bleeding only the waters of memory, that were trapped within;
It was then stacked – footing the turf – and left to dry.
This process, when completed exposed the fibre hairs,
That looked to my young eyes, like daddy-long-legs feet.
My grandfather called them ‘the arteries of the earth’
He always had a poetic streak.
Loading them on the cart was my favourite time –
Then it was my turn to take the reins.
The weight on the cart, made it easier for me to control;
My grandfather would then fill his pipe
With the slow expertise of a master smoker,
Lean back, eyes closed, and retreat into his world.
I asked him once where his mind had gone,
Without opening his eyes
(Although a little annoyed by the disturbance).
He tapped the side of his head, with the stem:
‘Past times, past times, Johnnie me boy.’
‘You’re too young sill to grow a memory.’
‘Sure, the mind, like a good whiskey, needs time to mature.’
Then one day for some unknown reason,
(Perhaps a ‘past time’ thought, without a prompt he said).
‘You see that turf back there?’
(The pointer as usual his pipe).
‘There is a history, beyond the time of memory captured it every one of them.’
‘They are from the period when this land was covered in forests.’
‘Long before man placed a footprint here.’
(I wanted to ask him when that was, but thought better of it).
‘Those forests stood – and those sods of turf remember.’
(Again the pipe).
There were here before the Fir Bolg, before the Tuatha Dé Danann
Came an expelled that tribe into the mists;
‘When Cú Chulainn fought in battle at the great Cattle Raid of Cooley.’
‘They saw each invasion, each conquest.’
‘Even watched our own Norse ancestors bring their longships to this shore.’
(Opening one blue eye, in a half wink).
‘We don’t have turf here Johnnie boy!’
‘We are transporting archaeological history.’
Then as he always did, after making one of his profound statements,
He took a deep sigh of satisfaction, and said no more.
The sods were stacked in the shed,
And waited until the gray of late October, invaded the sky.
Then with great selection, were placed in a wicker basket
And stood beside the fireplace.
Crumpled newspaper, and some kindling;
The turf stacked in a pyramid shape –
‘Always the way,’ my grandfather would say every time,
Until my grandmother would give him one of her looks,
That could stop the Pope praying.
The match was struck, and winter had unofficially begun.
And so the smell – odour would not be barbaric enough,
To describe the release of those captured fumes,
Filling every corner of the household;
And now I, with that predicted grown memory,
Recall warming my feet, while watching the unknown millennium years,
Dance their shadows on the ceiling.

A soft wind blew across the moor,
And the heather danced in tune,
Some grouse flew up to test the air,
Then snuck back, into its sweet perfume.
A sparrow hawk circled lower,
In anticipation of its prey,
Then attracted by some other thing;
It quickly flew away.
A beauty haunts this desolate place,
With its contours shaped by ice,
Where beasts can still roam wild and free –
A touch of paradise.
Bracken on the moor-edge sloops;
Mixed flora in the glens,
All produce their radiant colours,
Without the seed of men.
The walkers-path is overgrown,
Not many came this year,
The changes in the weather,
Have brought many summer storms to bare.
There are some patches now of topsoil,
I hadn’t noticed at first glance,
Just a small sign – like so many others –
That we are on our final chance. 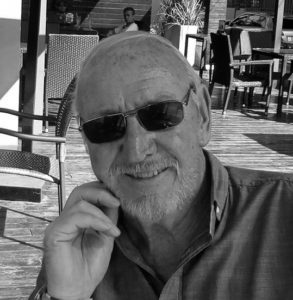 John Anthony Fingleton: He was born in Cork City, in the Republic of Ireland. Poems published in journals and anthologies in, Ireland, UK, USA, India and France as well as three plays produced. Poet of the Year (2016) Destiny Poets International Community. Poems read on Irish and American radio as well in Spanish on South American broadcasts. Also on some blog poetry websites. Contributed to four books of poetry for children. Has poems published in numerous national and international journals, reviews, and anthologies. First solo collection ´Poems from the Shadowlands´ was published in November 2017.