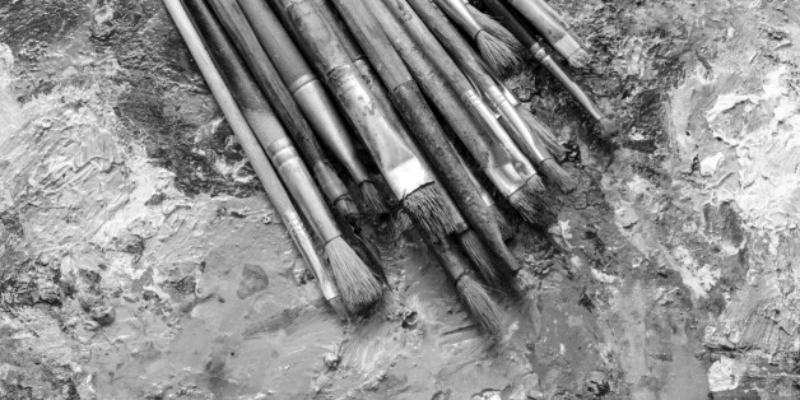 Annabel And The Artist

Annabel had been a Social Worker
for a good many years.
She’d seen it all,
or so she’d thought.
And then she met the artist.
Neighbours had reported concerns,
but were somewhat vague
about the problems.
She called round anyway.
Annabel was like that.
She was old school,
didn’t work to rule.
The artist’s house was large
and a bit crumbly, dirty and decrepit,
rather like the artist herself, Annabel thought
and she didn’t chance the cup of tea, when offered.
There were paintings stacked up everywhere
and, in the corner of one room,
a large whitish sculpture.
It towered upwards
almost up to the ceiling.
Annabel walked round it pondering
it’s strange shape and texture.
The artist laughed, saying,
“That’s not a sculpture!
Years ago I had a dog
and never got round
to house-training it.
That’s dog shit!
I piled it up.
It went dry,
then solid,
then whitish
over the years!
And here it still is.”
Back at the office
Annabel reported,
there was no cause
for concern.
Time passed.
The artist died.
And today,
her only known sculpture, ‘Untitled’,
is being installed as the centrepiece
of her exhibition.
Annabel smiles.

2 Replies to “Annabel And The Artist by Lynn White”