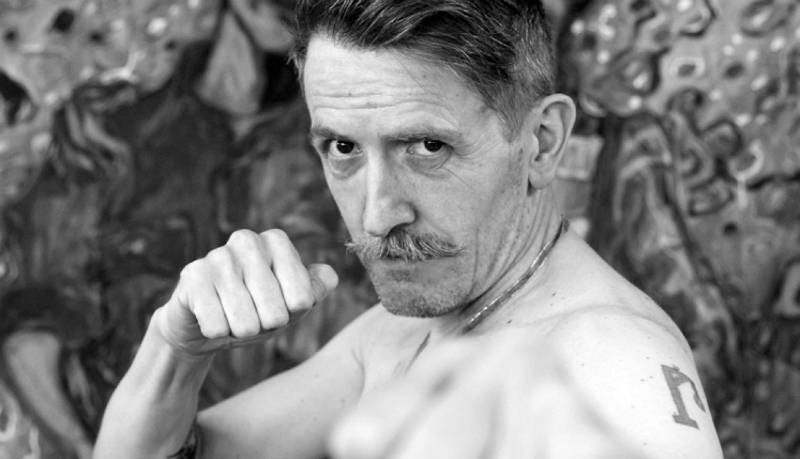 Billy Childish Taught me To Write

To write
without worry
of being
a good speller,
to have no heroes,
to outdo
your heroes
and naturally be
all your heroes.

And when
I was 21
I met
Billy Childish
after watching
The Musicians of
The British Empire
and told him
that he was
“A constant source
of inspiration,”
before he gently
shook my hand,
smiled
and replied
“Oh,”
and that was
enough,
as he’d already
taught me to
write.

Gwil James Thomas is a spoken word poet, novelist and inept musician originally from Bristol, England. His written work can be found widely in print and also online in places such as 3AM, Empty Mirror and here. His first poetry collection Gwil Vs. Machine was published by Paper & Ink in 2016. His latest poetry collection – Hidden Icons & Secret Menus was published via Analog Submission Press in 2018. He was also recently selected for contribution in John D Robinson’s sixth Poetry Postcard Series. Gwil is currently laying low somewhere in Northern Spain. He is part English, part Welsh and part wolf.