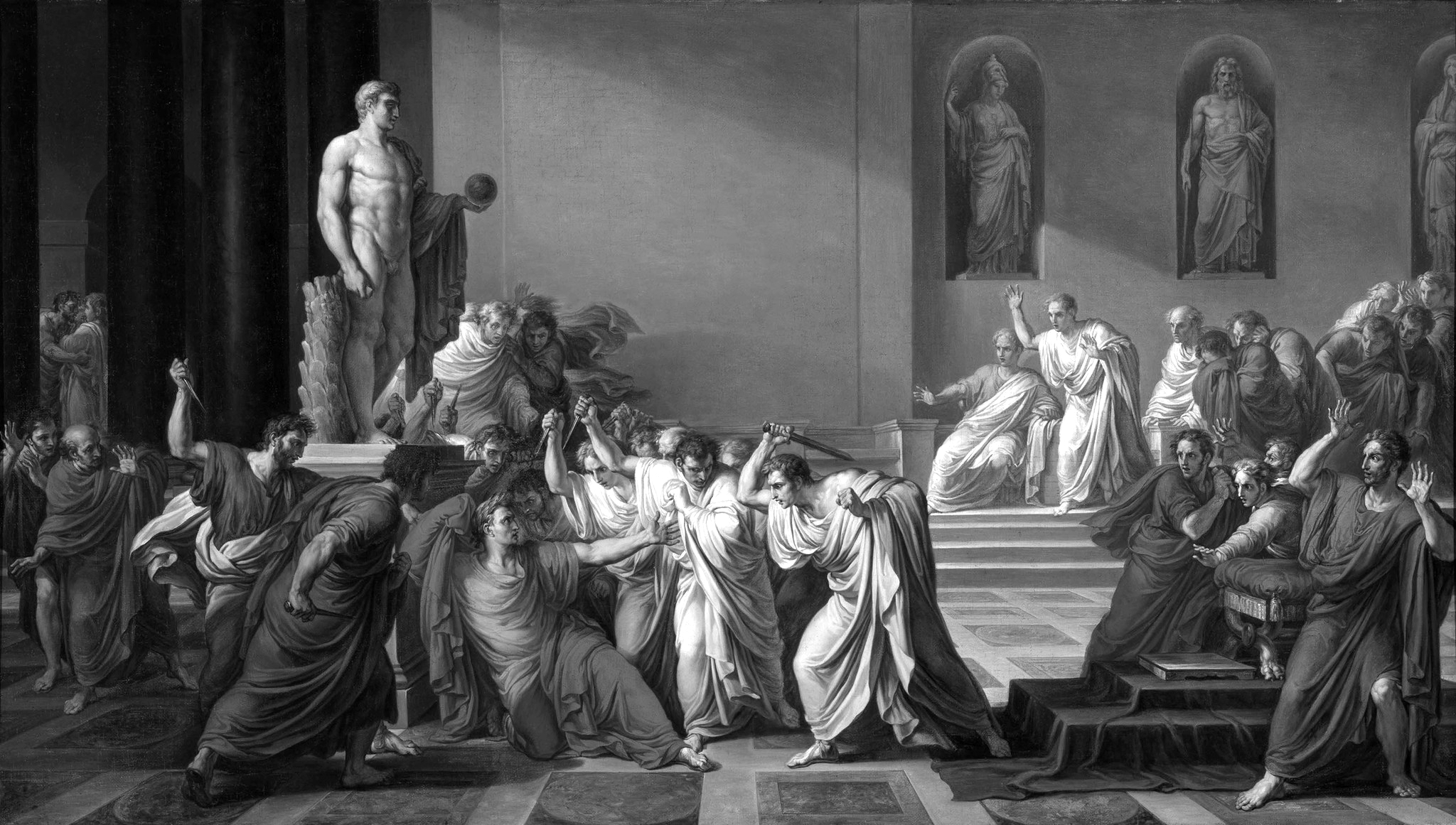 You were not a man fueled
solely by personal ambition, but had
a drawing-in blackhole endless taking,
sucking-in-energy latched tight to your soul.
You also had
a throbbing outward force
of inexhaustible restlessness
fused with your being. You had
fortune emboldened at your side.
You risked all for all-or-nothing in countless campaigns,
taut with a certainty no person should have to bear.
You did deeds no peer had
the courage or genius to execute, and standing still
in victory, you never rested but moved to the next goal
as swiftly as you conquered the last.

If you loved God that way instead of war
you would have been more than you were –
more than the high priest of Rome or a king amongst kings.
If you came at the time of Jesus, knew Jesus,
Jesus would have satiated that terrible internal void,
plugged it, infused it with his light –
then you would have known peace
and your urgent voracity for power
would have been settled, stilled.

But as it were, living before Christ
you knew compassion,
were hated for your compassion,
by your own army and your enemy’s.
You offered clemency more than you punished.
All were held captive by your generosity
as much as they were by your fierceness.
You maimed their pride with your kindness, deliberately,
those nobility, senators, those rulers locked in the grinding
wheel of rotating nullifying traditions. You stood outside
of your society, no patience to give attention
to their useless squabbles of self-important entitlement,
their togas of whitewashed
formality, their ass-burns for sitting so long
in debate, on the concrete horizontal plains
of arrested progress.

They needed you more than you needed them.
They needed your violent push, your confident disregard
for all they held as fact, sacred and forever-lasting.
Your ego was strong,
a compulsive force of relentless potency, but
your dignity was stronger.
They foiled your many attempts to make peace.
You were isolated because you felt yourself superior
burdened with an innate drive
that surpassed all of those that stood before you,
and those that came before you too.

Antony was nothing beside you, nor Crassus, Pompey,
Cato, Sulla, Servilia or even Cicero,
(though you envied Cicero his literary talent as you also
wrote books, and even poetry).

But Caesar, did any one love you?
They feared, admired, hated and worshiped you,
but did they love you? I think your first wife did,
and your daughter with her, Julia,
and Cleopatra – she loved you – saw herself kindred
to a man of unsurpassed charm and authority.
She too was brilliant, ruthless and magnetic and not
the great pigeonholed beauty history claims.
The two of you together went too far.
With her, you lost your isolation and gained equality.
With her, you also lost your balance.
You became too much.

The senate fed your fate,
created monuments and celebrations
in your honour. While you stayed in Rome,
smothered by their demands,
you organized time, created the Calendar
and planned your next siege.

It has been told that you were a great lover of both sexes.
That your mere presence and choice words
inspired armies to win when defeat was deemed inevitable.
You gave your soldiers the autonomy to choose you,
and they always chose you.

Over dinner, the night before you were murdered
the senators asked you
“what would be the best kind of death?”
and you said “quick, unexpected”
They gathered around you, 23 of them,
each taking a vicious plunge,
thinking they could backtrack, mend
what you dismantled, when instead
their calculated betrayal destroyed the Republic
they wanted to preserve. And for you,

they furnished the stage of your last act,
marked even more immortal by Shakespeare,
brought to its apex by your protege Brutus.
Bleeding and overpowered,
you covered your head with your cloak, knowing
the oracle was right.
You, ancestor of Venus – died
one of the most remembered deaths in history, died
a death befitting your life, claiming your place
on par with the ancient gods.

This sometimes-tyrant,
this namesake of July and a comet,
this forger of the clip-clawed Libra constellation,
was like an inedible mark,
a perfect creature aligned
with inner and celestial interlocking geometry.
His impatience and discipline
grew parallel, equal in calibre within him.
In him there was nothing lethargic,
no detrimental indulgences
and nothing chaotic.

Crossing the Rubicon, always forward moving,
daring, leaping outside the lines
afraid more of failure than of death,
he stayed the path, never compromising,
humbled only by the voice
that stormed triumphant in his head.

The voice, when waking
he never spoke about, but when sleeping,
gripped him, strained, strengthening his zeal,
igniting a landmark pure devotion.

He was made for that point in time and space,
to enact that exact mythology, a destiny
etched like a laurel wreath into the skin around
a zenith fixed star.

One Reply to “Caesar by Allison Grayhurst”