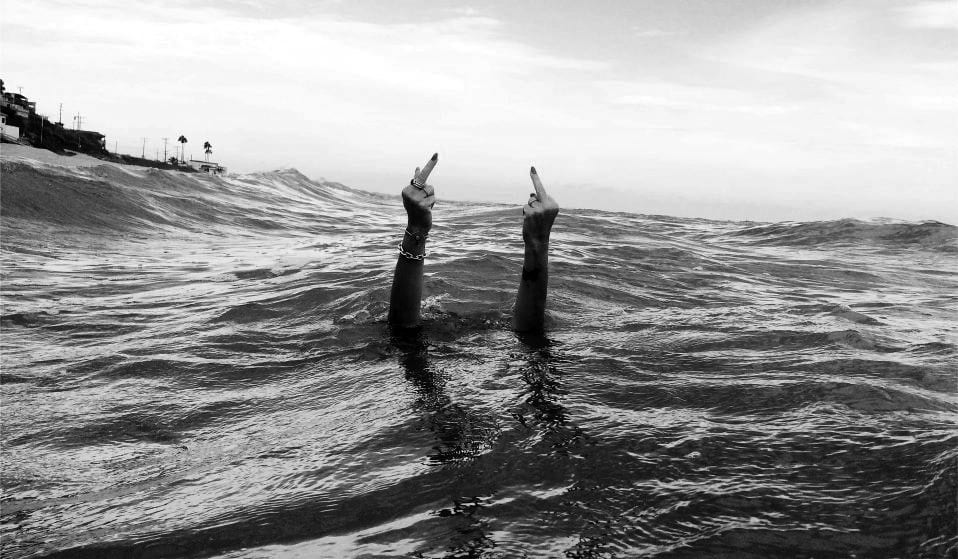 O! The Radiance, The Grit

The forest
Overgrown
With divine machinery
Posits
Firstly
A faint
Glow
Of tattered ages
One year
Dusts
With black pills
Climbing
Railroad ladders.
Not even oil
Could muddle
The granite
Father
Hated
Nor
Secondly
Smog
Knotting
Electronic shrubs
As Moses may have yearned to
Blinding
Ancient
Teeth
Gummed by rhododendron’s
Nascent smile.
A smile so imperfect
So fevered
So raw
So endless
So torn
As the soul behind it
So rotten
So disturbed
So undisturbed
Gnawing
Upon impeccability.
The forest,
The mechanism
Behind it
Bit the elbow
To taste the marrow
Undeniably.
Only to falter
Into inevitable
Bones.

When the sirens die, and licit wrinkles are finally
Annihilated by an iron,
Your bliss will ruin me
Through ceaseless ruminations which
Make me feel warm
And tidy below the solemn ages
Which only mood allows me to feel –
Like death. Oh, let me succumb
To your demands, your puppet strings
Of choruses that tear apart
Faint joy that makes me melancholy.
Relieve yourself in my pliable cushions,
For I will do nothing to fight against that pretty
Anguish. Give your flame, I’ll nail together a hell.

Hell is modern now. The devil thinks Civilization is returning to the early 1960’s.
Most of us down here laugh                        and continue to feel like miserable tarantulas.
The wrapping on
My Cerveza Modelo’s lid opens, temporarily, the sin filming my soul                   crusted
Wet leaves on a window between two storms  – don’t bother picking at your former self.

Rimbaud is somewhere around here, I’ll tell him you said hello or something.

Fire is made in squares and triangles stuck in tacky trellis Montauk style down here –
Like wallpaper
ripped off the roll by Stupid, then slapped                         in ignorant patterns.

No one cares.
You could imagine the wallpaper’s colors – black and red.
Frank Lloyd Wright purchased it, he’s the interior decorator around here.
I guess architects don’t go to heaven –
The devils throne is Romulus’ heart pried apart. Pontius is cleaning up the blood as we speak.
He lets me in on a little secret every week, Frank; he says when he built homes
He imagined each was a different stage for family massacres.
My eye’s bulge to ant heads every time,
He pulls me over to the side to tell me the same secret once a week.
He’s buying my anorexic bedroom
A rug next week – it’s red, too he says – with vermillion triangles and
Thin black lines. With an antique, yellow marble, coffee table with onyx legs to go with it,
He enunciates.

And some one up there on Jefferson st. will be salving from bad acid
screaming how biology is godless and the clinical pills are church pillars.

But they’ll be down here
not long after, smashing their face into the dirt
And running on all fours.
But we’ll clean that up too. Frank doesn’t like incontinence, he made bathrooms our place
to give up.  It’ll be funny, we’ll laugh.
Then, back to building, cleaning, digging. 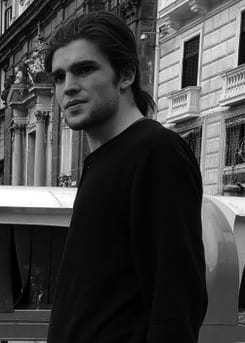 Parker G. Jamieson is a pin-drop on a beach surrounded by fans. They are from Woodlawn, NY – This place sits next to Buffalo, NY on Lake Erie’s shoreline bench. They read, write, listen to teachers, and hold a degree of 98.6. They work at the Marilla cemetery and they edit student poems at the college. They have been published in various magazines and online sites. – You won’t find them on any social media site, they don’t connect to the world via technologic gore.