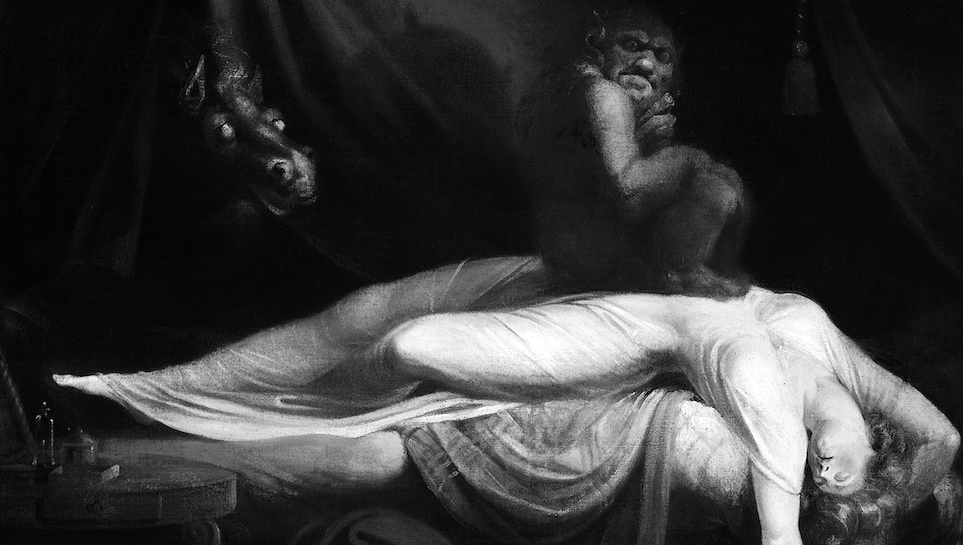 The Devil Woke Me Up Early

He never knocked he just walked on in without warning as usual .
There was no grand entrance no smoke and mirrors or creepy organ music.

I guess I would make all the freaks in the graveyard jealous.

Who spent long nights reading from old books burning candles and trying to summon him to the party.

Here he was in my kitchen bottle in hand two glasses on the table and shit eating grin upon his face.

I never was surprised to see the devil in fact I rarely noticed him as something wicked .

I grabbed the deck of cards shuffled and dealt them without even asking did he care to play .

He was always ready to drink or gamble .

And if only we had two women we would have one hell of a time.

“How come you never lock your door Frank”?

He asked me looking at his hand.

“Aren’t you worried bout burglars, killers and such”.

I looked at the rat trap I called a home and had to laugh.

“Shit bud anyone crazy enough to walk in here looking for money is clearly delusional “.

“Yeah but seriously what if it had been some escaped inmate or a mental patient”.

“Well I’m playing cards and talking with Satan himself I mean how much worse could it get”?

He laughed at that one put down two cards .

“I’m still breathing unless you know something I don’t brother, so yes I’m still writing”.

“Well I’m still living in this shithole that’s got more criminals than victims so nope “.

“I told you let me help you out for a small price of course “.

I showed my cards three of a kind .

He had a full house .

“I told you long ego I sold my soul to Buddha for a bucket of chicken and a case of beer “.

“Don’t ask me maybe he just felt sorry for me “.

“Yeah Frank you are one pathetic motherfucker if I do say so myself .”

He said smiling then took the deck and shuffled the cards like a pro.

” You know Frank I am still holding out hope you will come visit me one day nonetheless”.

I looked at my hand it was pure shit no doubt he stacked the deck but he always cheated .
I didn’t mind .

” I told you I been to hell already I lived in Indiana for awhile not my kind of place honestly”.

He laughed we kept playing and killed a fifth.

He was a old friend I could never trust he was much like everyone else I knew except for one thing that set him apart.

He was honest about his intentions .

It was a hell of a morning .