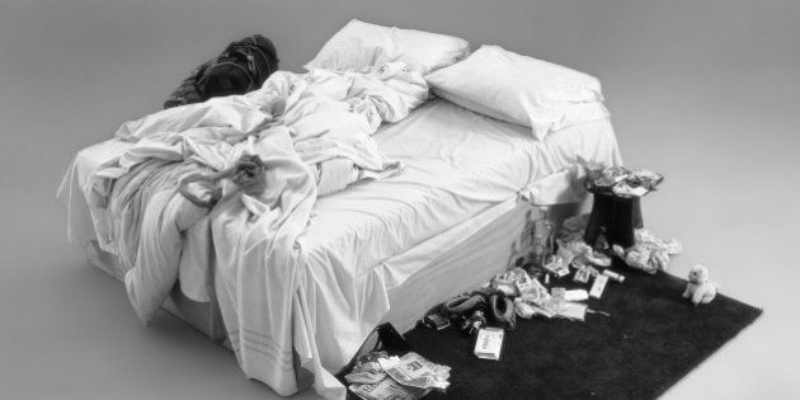 The story of his life was
a rhapsody upon a theme of
a steel edged blade.
All the beds he slept in were
active crime scenes with all kinds
of forensic evidence.
When he said phrases like:
“Felony Indictment.” the tone of
his voice suggested he was speaking
of a dream lover.
That when he referenced the word,
“predicate”, he meant multiple arrests,
as opposed to a part of a sentence,
unless it was used along with trials and
convictions.
Had a cemetery smile: wide open
spaces punctuated by formerly white
capstones.
Drank as if he was accelerating a
personal apocalypse sponsored by
the brewers of Budweiser.
Rubbed the mound that always protruded
from the gap between soiled sweat pants,
and filthy Down and Dirty t-shirt, referring
to his girth as product placement, suggesting
he got paid to be both slovenly and obese.
Add a few tattoos and a loin cloth,
lay him down on a Tracey Emin bed, and
he would have been a one man freak show
as photographed by Diane Arbus, that is if
she hadn’t killed herself before getting to
meet him, or maybe she had met him, and
the memory of the meeting was what would
do her in.

“…..the real world is always waiting for its stars to die.” — Yukio Mishima

He was born under the sign of
the crooked eye. A man destined
for greatness like a latter day
Richard III with delusions of grandeur
caused by undetected brain bleeds,
hemorrhagic fevers that divided
his brain into islands in a blood stream,
archipelagos with extinct volcanoes
aspiring to a reawakening, for latent
Vesuvius pyrotechnical displays.
All this fomentation bred unhinged
speech, lengthy marathonic screeds
that seemed without direction until
clinic tapes were analyzed for content
and form. A strange kind of interior
logic was discovered, a metaphoric
plunge into places previously unknown
none of the lab rat observers knew
how to codify. All they knew was
he had to be confined for the duration
of whatever electrical weather event
he was enduring, strapped down with
sensors detecting every tremor unleashed
inside. After weeks in stir, instruments
recorded an off the chart experience,
a Richer Scale 7 point 5 gran mal
seizure that fissured the reaming cortex
in his brains in ways no one could calculate.
Still strapped down, his body was a deft
shade of lethal white, white as sparking
wires on fresh concrete, his whole bearing
was of a man on a terminal drip his body
refused to recognize.

The outfit he was wearing had
blood stains, brain matter, stuff
that couldn’t be described on it,
where the cloth wasn’t torn and ragged,
as if he’d survived high noon in
the valley of death. As if he had
been part of a reenactment gone
bad. Not a historical reenactment,
like the shoot out at OK Corral, but
a reenactment of Life, as in existence.
As if it were a reenactment of a process
that involved another existence not
necessarily having to do with this one.
Where he was now.
In a place where it was possible to
experience death by selfie. Not stepping
over the edge of some-Do Not Go
Beyond This Point-edge.
Just an awful death by photograph.
That is, where the essence of life,
the soul, is snatched from inside
the body, on the open market, and
sold for pennies on the dollar.
Or tossed from the open window
of a speeding car along side
of some desert two lane, just for
the hell of it.
Was stumbling along one of those
lost highways as if he was headed
toward a place called Helldarado.
Or else he had just come from there
as if he’d hitch hiked from one state
of existence into another.
As if he’d traded places with an entirely
different person, in another place completely,
so foreign from this one, the contrast was
enough to completely blow his mind.
Found himself in a place where the
other was point man for an Insane
Liberation Front. As if he was in a code red
situation for a top secret operation called
Ice Pick and he was charged with moving
the stalled line along.
He seemed confused, drained of life,
an engine on autopilot burning off
the last fumes of fuel in a leaking tank.
It was like being re-imagined, on Mt. Everest,
waiting in line in the Zone of Death, running
low on oxygen, unable to move up
or down, all the dead ones that came
before and failed, defrosting on newly
exposed cliffs, defrosting in the tightly
focused sun, a few yards from the end. 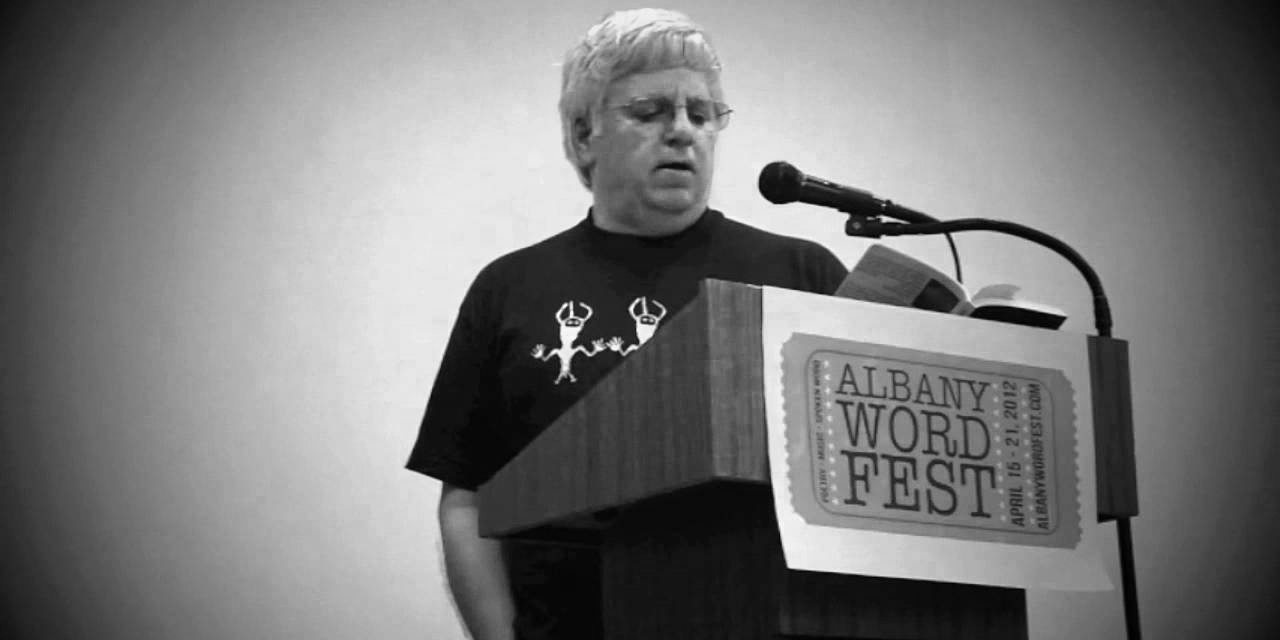 Alan Catlin has retired from the Bar Wars after thirty four years working in his unchosen profession as a barman in various establishments in the capital district including twenty five years at the Washington Tavern. He has published well over sixty chapbooks and full length books of both prose and poetry. Some of his more recent books are “Near Death in the Afternoon on Becker Street”, “Self Portrait as the Artist Afraid of His Self-Portrait” both from March Street Press and “Drunk and Disorderly” a selected poems from Pavement Saw Press. Forthcoming a book of four related chapbooks of poetry to be called “Alien Nation” from March Street Press. To date he has received twenty Pushcart Prize nominations, seventeen in poetry and three in prose, but has never won one, which must be some kind of record for futility.