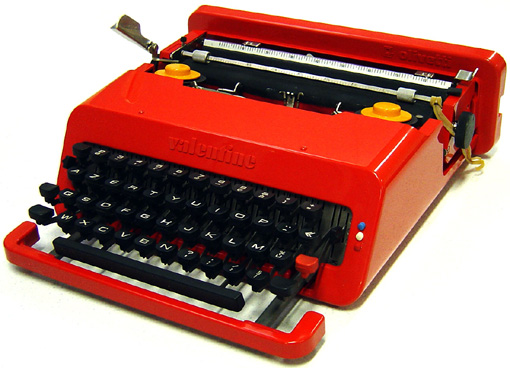 I like to have a 22 caliber six shot revolver on the desk when the poem is coming. It’s a little game I play, five in the cylinder, the sixth chamber empty. I love to keep that sixgun there, murderously close, within quick Grand Inquisitor Mayakovsky reach so that I can grab it, cock it and hear the way that the cylinder indexes with all that precise midnight rotating inside. I always wanted to ask William S. Burroughs if he kept a cocked pistol at hand while he was writing NAKED LUNCH, maybe the one he used to kill his wife with. I’m betting he did. He had to, he was in love with the writerly night of all his firearms. And, every once in awhile he’d reach over and touch it, cop a feel cheap feel of Death, especially when he was improvising with Doctor Benway. Because when you are writing, you aren’t writing from the outside in, you are writing from the inside out. You go to the cave and you should have weapons with you. You journey to the blood painted walls of the cave, in the shadows of all the wild animals, the monsters submerged in all the shadows there. And, if he was writing that way, then he’d have to keep a pistol close so that he could always get out, even if he had to shoot his way out. In my imagination I can see Burroughs grabbing that piece and walking from room to room between cutup paragraphs, pretending to shoot through the windows, touching Death where he sleeps and rolls and knocks in the walls.

reason to keep a revolver on the desk is that writing poetry is a sophisticated form of Russian roulette. It requires a little something with a lot of Death in it. You don’t stick the barrel in your mouth and pull the trigger if you fuck a poem up, but you need to have it there as a reminder of what the odds are. The tremendous, the staggering, the bone shattering odds. Death knows what the odds are but you never ask him. That’s the rule. That’s his game and he plays it for keeps. He runs all the numbers and he loves to see you lose. He loves to see you fuck it all up. The odds for writing a good poem are beyond enormous. The odds for writing a great poem are almost beyond dreaming. And, there are times when the revolver knows this better than you do. The revolver is a free pass to all of your most intimate nightmares. And, if you write poetry you watch them the way you watch movies. Your nightmares are the best horror movies you will ever watch and you watch them with fear and you watch them with love.

of writing is the equivalent of the duende, but is writing performance? If I read a line back to myself is that a real reading or just something I give back to Death, a scrap of my breathing. What does it matter? Death eats poetry the way I eat meat. He chews it up and swallows the garbage. And, black is the color a line brings to the page. Black is the color that the page is dreaming. Black is the color that the poet is tasting. And, the raw fever’s darkness doesn’t appear whenever you want it. It doesn’t even come when you are desperate for something, require it into the nightmare, sleeptalking, and roaring part of your cankered existence. It teases you with little flashes of something that turn out to be nothing, fake words that fuck up your rhythms, fleeting ghosts of sounds you swear might have been words. Or, large flashes and mountains of nothing that threaten to set you on catastrophic fire. And, when you do catch fire with the fever of writing, there is nothing that can slow the dance of its burning, the avalanche of its sweet toxic explosions. Besides, you really don’t want the fire to go out no matter what, you need to have it fly behind the deathrow corridors of your eyes. You have to burn yourself up and into the ache of the poem. It’s like that line from Geeshie Wiley’s song Last Kind Words Blues. “Just leave me out and let the buzzards eat me whole.” That’s the way I feel when I have gone so far into a poem I can’t get out. I am open to whatever the poem is going to become, the anarchy of it, the wreckage of it, and I am also open to where this oblivion will take me. I want to be devoured by the buzzard of words. I want to be eaten alive and transformed into the blood of the poem.

wonder just what Hart Crane felt when he wrote Proem, the introductory section of THE BRIDGE. Could he feel himself ignite into it? Were his clothes just beginning to catch fire? Was his face being scorched? And, did he really care? I imagine him sitting in a sparsely decorated room, the burnt boards of the air floating up into his vision like kindling, just begging him to set them on fire with his words. And, I can see him almost levitated while he is writing. He is beginning to lift up off his chair but he doesn’t feel it yet because the words have fallen in love with his hands and just as soon as he gets them down on paper they fly up like the black ghosts of cinders.

that way while writing THE CORPSE IS DREAMING. But, instead of the fire burning out of my body and into the air, the fire went inside. The flames shot into the core of my being, searing everything along its circuitous path. I could feel it go through me like the hottest of winds, like some fire engorged santa ana in a Raymond Chandler story. I could feel it travel up my arms and down my legs, I could feel its sparks swimming hard behind my eyes. And, I had the strangest sensation of watching Dillinger burn all the way into his spectacular dying. My fire was going into him and his fire was going into me. And, even though he had been shot and was already half eaten by a canyon of darkness, I could see all the damaged words that were still inside him lunging against his black skeleton frame, trying to escape and I had to write that poem to make them stop howling.

of writing is the french kiss of language. The way that all the words roll around in your mouth and you never want them to stop ever, even when you are dead. The fever of writing is the shotgun barrel jammed into Hemingway’s mouth. He’s trying to cram it in and in and in and maybe he doesn’t want any of his beard hair in there, just the words and the juice in there the spit and the phlegm that shit taste of longing to taste Death some of his ashes he wants to blast all of the words out of his mouth because they are no good for writing anymore and he has condemned them to gunfire.

RELENTLESS had the skin on my arms crawling. I was stuck inside Baby Face Nelson and I couldn’t get out no matter what and the only escape left was to write myself free and the space inside him was so dark and cramped I could barely move and I think I was in there with Death though I couldn’t see anything but I could hear something like black negative breathing. Which is the breath going in, in, in and not ever coming out. And, something was talking to me in there. The words were all cracked open infected and damaged when they came to me and I had to do what I could in that wounded velocity to reshape them, make them less damaged, and help them come out. And, the flies that Baby Face was slapping away from his eyes were real. I could hear their demon trajectories slit the wind across and across and across.

am watching the police car chase in THE BOURNE IDENTITY. Matt Damon is Jason Bourne and Franka Potente is Marie. They sit tensed behind the wheel of a car careening down a European city street, ramming and sideswiping other cars, constantly skidding, swerving, spinning, colliding and while I am watching I am thinking goddam this is the way that I write. All out, high speed, everything wagered, nothing held back. This is the fever of the words when they come. The eye is a handheld camera but it can’t get it all so it sees images the mind invents. This is the fever of writing as it explodes from oblivion then returns to oblivion. It slams me up against a wall and I love it. It almost seems as though I am broken, all splinters, blown down to smithereens and those pieces of me are daring everything to go even faster. Almost out of control, but there is a kind of sideways, out of control control that I love in writing that brings out all of the fevers and all of the heat. Without fevers and heat there is no good poetry, there is no great poetry whatsoever.

I have to stand still and shake so I can slow myself down.

0 Replies to “todd moore | the fever of writing”