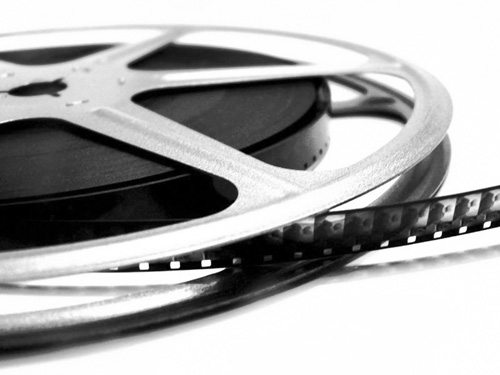 I’m standing on the corner of some big city street. Armies of people are hurrying past. I spot death talking to someone. Death is wearing a uniform and has camouflaged his face with just the right amount of good looking meat. He has just told a joke that involves a pun and is laughing at it when he glances over and sees me watching. He reaches for an automatic he wears in an official looking holster but before he can yank it out I already have a small pistol in my hand. I fire once directly at him at almost point blank range and hit him in the chest. A woman is screaming. I’m not sure if it’s with horror or joy. I can see the hole my bullet has just made but it seems to have no effect. He finally gets his automatic out of its holster and empties the clip at me. I brace for the hits but instead death misses me with every round. Death is such a terrible shot. I notice the place where my bullet entered his chest has no blood. It is a large, empty wound where his ashes are beginning to spill out on the pavement. Then the meat starts to drop off death’s face like so much rotten cosmetic. And, while his cheeks are becoming exposed to patches of bone he begins to call me bad names, the worst names possible. But his sophistication is gone. Now all he can do is stutter and howl.

Mayakovsky is reading to a huge crowd in some Moscow auditorium. The people are elbowing each other to get close to the stage. They are practically brawling in the aisles for front row seats. Mayakovsky might as well be Mick Jagger or Bob Dylan. Mayakovsky has men standing guard at the stage entrances so people won’t mob him. He’s reading from CLOUD IN THE TROUSERS. Every once in awhile he pauses to skip around on the stage like some pre rock rock star. Some minor poets in the audience are lip synching the lines. They somehow know that if they say the lines with him they will become part of a secret reading that lets them own him and the poem for one flash second. They want to own something. They have to own something if they want to keep writing. The same way that Bukowski’s fans longed to become part of the heckling because they knew that if somehow he heard one of their wisecracks and responded they would be talking directly to him electrically maybe even sexually and almost certainly intimately and if any one of them said just one thing that he replied to then that person would become immortal. Or, at least immortal for a moment.

Dillinger is sitting across from me at a beaten up yellow chrome kitchen table. The floor is cluttered with the wreckage of broken dishes, garbage, paper, bent silverware, liquor bottles, beer cans, cigaret butts, and rotting food. On the table between us is a Model 1921 Thompson submachine gun. Dillinger kicks a bent beer can away for effect and the noise and says, Would you like to touch it. I look over at him. It’s Dillinger alright. For a moment I thought he was some imposter, some dream fake and this might be some practical joke death is playing on me for shooting him in the chest. But, no, this is definitely Dillinger. He looks as though he just stepped away from that famous mug shot where he is sitting with one hand crossed over his other arm. He’s wearing the same white shirt and dark vest and his hair looks as though the wind has played with it.

I reach over and stroke the stock. It looks as though it was made of cherry wood and is dark and rich with nicks and dings that means it has been used. Touch the barrel he said. Every time you touch the barrel you fuck death up. You cold cock him, you sucker punch him. I glanced across the table at Dillinger. His face was flashing Bogart, Oates, and Depp. It was a crazy back and forth flesh strobe across raw bone. Then it did a slow fade back to Dillinger. I reached over and touched the barrel but didn’t hear death howling anywhere. Dillinger must have been reading my mind because he said, You don’t have to hear death taking it in the crotch to know that he is. Just trust me. He is. I run my hand up and down the fluted barrel, then out to where the barrel goes smooth. Then across the big sight where the barrel ends.

Feels good, doesn’t it, Dillinger said. I put my fingers on the guard and Dillinger smiled. It killed a man once, he added. I can just barely touch it anywhere with the palm of my hand and then I can feel it shaking. Death loves to put his mark on all the murder guns. What he does is rub them with bone. After that, they’re never the same. They vibrate at night. Some of them levitate, float right up into the air and hover near a ceiling bulb. Death is good at fucking with murder.

The one thing death would love to levitate more than anything else in the world, the universe, the cosmos is DILLINGER. Death would love to somehow get control of The Name Is Dillinger and be able to manipulate it, play with it, confuse all the lines. Death would love to fuck with The Sign of the Gun, Relentless, Billie F, The Corpse Is Dreaming. What death knows is that this is a long poem fated for something and he wants a piece, he’ll settle for a taste. He’ll do anything for it. If only he could own one page, one line, one word, he might gain control of history, the american psyche. What he also knows is that he can’t have any.

Sometimes death comes in the middle of the night for Dillinger’s Thompson. I always tell him I just wrote the poem, I don’t have the real thing but he doesn’t believe me because he knows I can conjure it by just reading the first page and if he owns that weapon, if he owns the original Thompson that Dillinger used he would have everything. Most of all the midnight history of the american psyche. And, in the depths of his longing, death squats like a dog in my back yard howling for the gun of all guns hidden in a cluster of black metaphors. And he stays that way, washed in the blood of the outlaw moon.