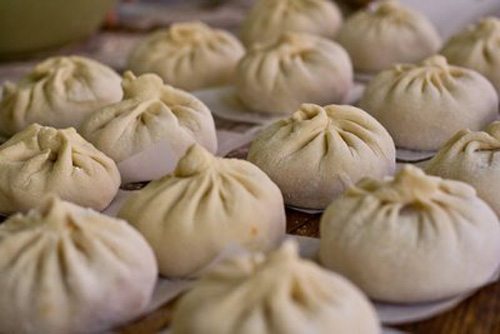 In China I thought I was home
The land of my father’s and my mother’s birth
In China, in Beijing, my eyes seized the brown sky,
The young men and women in white shirts and dark pants
Greeting me, a stranger, wearing a jade heart

In China, in Nanjing, I walked across a bridge
In the midnight blue night, inhaling the odor of dung,
The sweet osmanthus as a farmer pulled his cart
Of vegetables, the donkey with half-opened eyes

Oh, China, I wanted you to embrace me, a daughter
Returning, a daughter whose parents lived longer
In Oakland than in the village of Goon Do Hahng
Where my sisters walked miles to school

In China, in Shanghai, I ate bao zhi off a cart,
Walked along the Bund among crowds, slipped
Into conversation with workers at a factory
Who desperately wanted to practice English

Oh, China, you surrounded me with singers in the park,
With uncles and aunts riding bicycles, an old woman staring
At my Chinese face, questioning my presence, our worlds apart
Because I could not speak Mandarin

In China, in Toishan City, in Guangzhou, my hosts feted me
With a banquet of fragrant melon soup,
mountain cat, garlic shoots
And candy shaped as miniature apples, pears and oranges
All the while my Chinatown ToishanWah emerging as song

Oh, China, you, my parents’ motherland, whose women
Were fighting for socialist reconstruction, whose cadre exhorted
That feminism was a product of decadent capitalist society
Who denied that my sisters had no battles as women

In China, I was an American stepping onto the land
Meeting my 90-year-old aunt who rose from her bed
To take pictures with a stranger, whose daughter-in-law carried
Her baby on her back in a beah, while she cooked cabbage for dinner

In China, I was forever American who could not go home