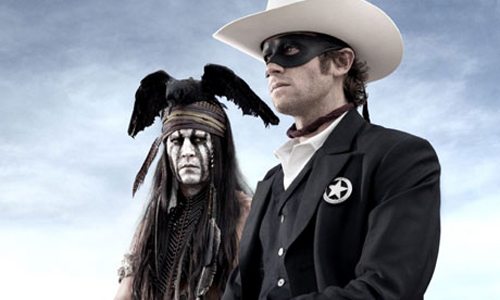 Slipping thru the Fourth as smoothly as possible, holed up in the house all day listening to KPLU Jazz, slamming Shards into cyberspace where who knows what havoc they cause, what hope they sow, what desperation they bring into focus? Offered my condolences to a father in Albania who emailed me that his son was taken away in the middle of the night for translating Shards and running them off on a mimeo (the mimeograph is holding ground in Albania), then spreading them around the train station. That brought me up to lunch and now I’m on the hill, sipping coffee and getting ready to go see The Lone Ranger.

I’m usually okay with being alone, more and more as time goes by, but there’s something about this Johnny Depp/Tonto thing that makes me wish I had someone to go with me. Not just anyone, a woman, and not just any woman but an intelligent crazy woman.

I’ve known a few intelligent crazy women over the years, they’re high-spirited and rip thru your life like a tornado if you don’t know how to handle them. They’re talkers, but they’re not into conversation, conversation bores them, it’s more like a blow-by-blow account of every wild thing going on in their heads, a rapid-fire exchange. This is the kind of woman I want beside me in the darkened theater, exchanging whispered quips as the drama unfolds and laughing like maniacs when no one else laughs, then breaking out into the day after the movie is over and skipping across the parking lot to the car, so goddamn happy just to be alive!

Postscript: I’m glad I went alone. The Lone Ranger was a let down. Not enough Johnny Depp, the slapstick hit and miss. And Jesus, the slam-bam non-stop special-effects, gratuitous laugh-a-minute crescendo at the end — almost as bad as Man of Steel. Enough to make a crazy laughing girl go sullen and not say a word all the way home.