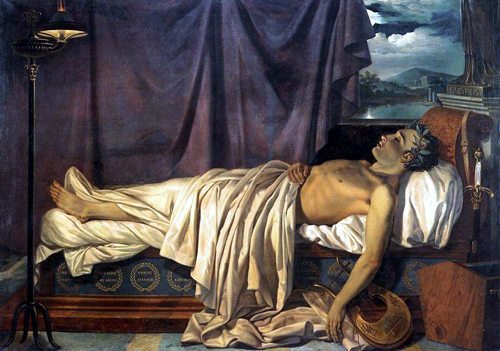 Lord Byron on his deathbed as depicted by Joseph-Denis Odevaere c.1826

* God is merciful and puts small poems in my head to sing me thru an impossible existence.

* After a point the bright dance I do to deflect attention from who I am fools even me.

* Living past a certain point is an obscenity.

*Even short jabs are proving too long to cut thru to the one shining truth. I’m just a hair’s breath from silence.

*God said let there be light and there was. But how long will it last?

* Now I’m writing God poems. Will I have a death-bed conversion?