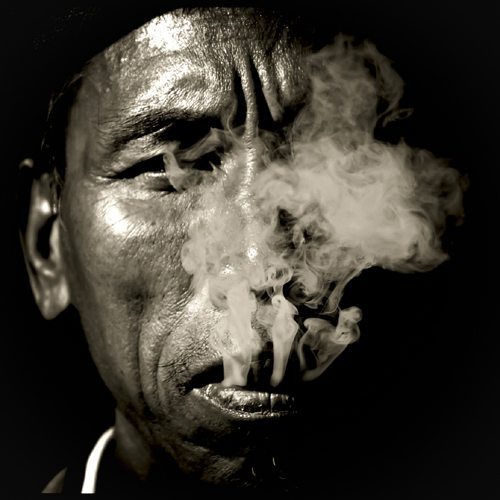 Smoke Gets in Your Eyes

My fellow American looks in the mirror and sees Hummers and drones, smart phones and I-pads.

My fellow American works out in the gym, confusing ego with fitness.

My fellow American is a puppet.

My fellow American is hoodwinked and proud.

My fellow American is an ugly American.

He thinks he’s the cat’s meow, the apple of the whole world’s eye.

He knows the sun spins around him along with the rest of the universe.

My fellow American does not believe there are aliens in outer space, but if there are, by God, well bring ’em on– that’s what NORAD’s for.

My fellow American didn’t fight two world wars for democracy just to give up the oil. What kind of saps do they take us for?

My fellow American sees the world thru a TV screen and he doesn’t trust Mexicans.

My fellow American’s heart brims with scorn for the heretic and a fierce love of Jesus. He takes a big bite from the apple and then another until he’s down to the core.

The payback once the bubble bursts will be brutal.