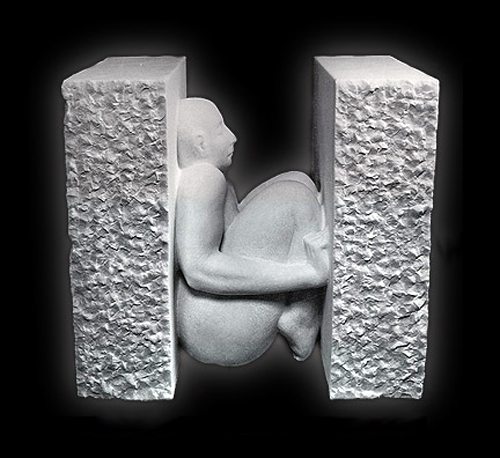 The Rock & the Hard Place

The rock is an act of nature. “You want rocks?” says nature, and flings pebbles in your face. Then she spins boulders around your head like planets and goes sailing off thru the universe trailing comets and conjuring galaxies. Nature is a bit high strung.

After she’s gone, things grow silent and dark–the danger zone where you become aware of the hard place. The hard place exists in rigid repose and is unaffected by nature.

Nature provides a diversion from the hard place, keeps us toying with the notion of rocks, occasionally staggering our imagination with rocks so huge they’re light years across. But such spectacles, if they happen to slip off into the hard place, vanish. Even black holes vanish in the hard place.

We’ve reduced the hard place to the mundane. “I’m caught between a rock and a hard place,” we say, and chuckle while shaking our heads sadly. We busy ourselves playing games with nature who rains rocks down upon us, and we prefer this.