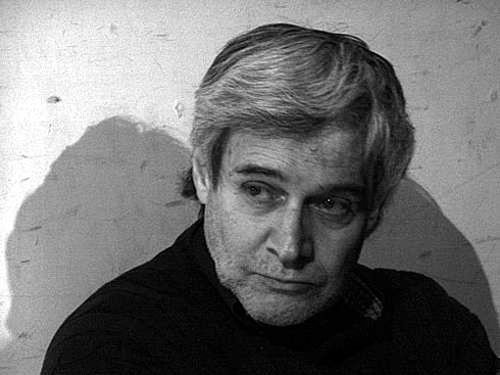 Confessions of a Free Jazz “Cultist”

a now retired n.y. times music critic once described me as a Free Jazz Cultist.
and a famous downtown saxophonist/composer once called me a JAZZ SNOB. both are true to varying degrees & i wear these banners proudly though for anyone who knows me well also knows that besides being a chatty little brooklynite, i am a lover of most forms of music, art & film, though i do have definite tastes & consider myself an ignorant elitist.

my first musical love was doowop, which, as a teenager, i sang in front of the avenue J pizza place on hot nights (they also had the hottest juke box in town) with a group we called the j-tones. i was the lead singer & my nickname was little dilly dally. you should have heard me belt out I Wonder Why by Dion & the Belmonts. i still love doo-wop.

my interest in jazz grew when i saw Krupa on t.v at about age 10.. WOW, i thought, i wanna do that. and i tried. but due to a bad teacher and my folks not being able to afford a drum kit i gave up. then i did a 6 month stint on trumpet with the same teacher. my public school music teacher Mr. Armstrong. gave up on that too. then (jumping ahead a bit) a friend handed me Horace Silvers’ Silver’s Blue, Ornette’s Free Jazz , Trane’s My Favorite Things & Oscar Brown Jr’s. Sin & Soul along with some good weed transporting me from doo wop to hard bop & beyond, with a big dose of the Blues thrown in. i got hooked. really hooked. i gave up singing doo wop & started singing Hoochie Coochie Man & Rags & Old Iron on Minetta Lane with a joint in one hand and a bottle of ballentine ale in the other. ironically where i had grown up there actually was an old rag man who came around once a week & an old blues guitarist who lived in one of my friend jonny’s garage.

at night, if i didn’t go hangout in my new home (the streets of Greenwich Village), i sat up listening to a show called the Richter Scale on WRVR, a radio station out of Riverside Church & the tale end of Symphony Sid before he went completely Latin. that furthered my education. & i started buying vinyl like crazy. a couple of great early finds were Bessie Lynn & the Georgia Sea Island Singers & Inside Hi-Fi by Lee Konitz, still 2 of my favorites.

there were also some great afternoon t.v. shows on jazz at that time & an episode that has always stuck in my mind was one where Monk, when asked by the commentator, how he did what he did, simply answered “I don’t know. I just do it.” that statement profoundly influenced me. so much so that i suppose you could say that that’s how i feel about my work as well as my life.

anyway one day while walking down St. Marks Place in the late afternoon with a friend (a bit stoned) at the age of about 15/16 i heard this wild music coming out of a doorway which i later learned was the 5 Spot. i stuck my head thru the open door & saw this amazing pianist tearing up the keys (i was told afterwards that he was banned from many clubs for having a rep for breaking pianos.) well i was stunned. the music went right inside me and my addiction to free jazz deepened. the pianist it turned out was Cecil Taylor.

a couple of years after this, already deep into Trane, Mingus Dolphy (who i first heard on the Mingus candid lp Mingus), Cecil and the likes a guy I knew stopped me on mcdougal street and said “hey steve i know you love cecil taylor well there’s this guy you should liten to named albert ayler. he’s the cecil taylor of the saxophone and his new record is called BELLS.” i immediately went a few blocks to dayton’s record store on w.8th street picked up my clear vinyl, hand silk screened copy took it back home to brooklyn that night, played it over & over again and though Spiritual Unity has become my favorite ayler lp i still listen to it some 50 years later.

as soon as i could i started hanging out at Slugs, The Village Vanguard, Rivbea. got to see such greats as Ayler, Monk, Mingus, Kirk, Blakey, Max, J-Mac etc. but sadly one of my heroes Dolphy had already left the country, as did many “jazz” greats, for both economic as well as racial reasons. conditions that to some extent still exist in America today.

aside: little has changed since Dolphy’s time when it comes to the American art form known as jazz, particularly FREE JAZZ . oh there’s the political façade of Jazz at Lincoln Center or Wein’s Fiasco-fest which primarily still cater to big business, big name brands & inside stuff, but at least now we have such organizations as the Vision Festival (Arts for Art) and many great improvisors and festivals in Europe that keep this music alive and the Vision festival promotes it here where it was born and also takes it to places where Dolphy & others went, though not as an exile but as an ambassador of this still much neglected form that was always shown more acceptance outside of its birth place.

& i just missed Trane (who i’ve always claimed is one of the reasons i’m still alive.) he died when i was on my way to see him at that now famous Monterey Jazz Festival. the one that produced Charles Lloyd’s Forest Flower lp & more or less introduced “jazz” to the hippies. so stoned, broke & broken hearted I made an about face, never made it to the festival but returned to Berkeley & wrote probably my first so called jazz poem for Trane @ age 19 which i ended with the line we mourn this poisoned engine’s greatly wasted death”. then a short time later i wrote another for another idol of mine Billie Holiday.

like the extension of my passion for singing. but instead of singing along with the music i wrote along, as is evident in my books the final nite, long play e.p. , reaching into the unknown, the mantis and logos and language. the latter in collaboration with pianist matthew shipp. there is much more to be said but since the “poem of my life” is MUSIC let the music speak instead > MUSIC + WORD = LANGUAGE

i’ll end with an excerpt from a poem i wrote for Cecil Taylor nearing my 20th birthday in Sept. 1966: