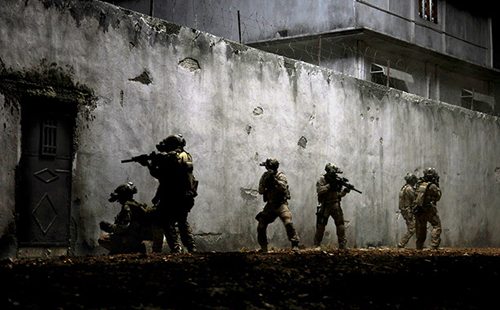 bigelow’s on letterman and
he’s kissing her ass over her new
war monger movie Zero Dark Thirty.
so we have our female war thirsty
american director to glorify
the war in iraq in Hurt Locker
and now to glorify the cover up
assassination of osama bin laden.
no thought given to how beneficial
it would have been to take this
guy alive so that he could
be interrogated, so that we could
find out more about threats to
our national security.
no, nothing like that. just
a glorification, replete with jingoist
patriotism, with letterman just
about creaming in his silk suit,
fawning over bigelow, ending
the show wishing god would
bless this woman who is either
stupid or loves violence and
has no clue about what it really
might mean to protect not only
america but the world. 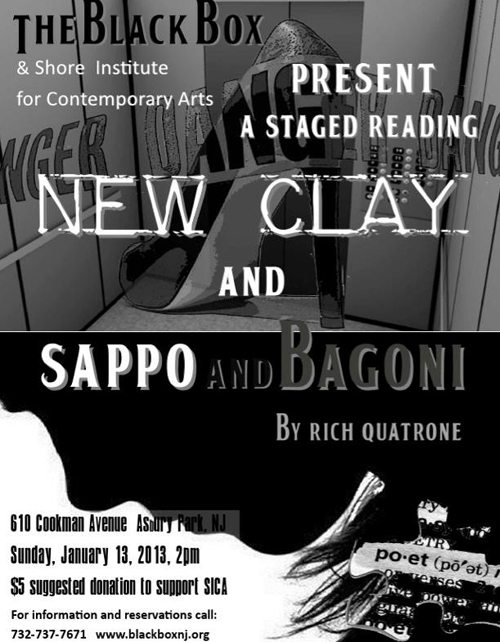 New Clay is a sequel to Amiri Baraka’s DUTCHMAN. Has Lula ever stopped preying on Clay? She finds him again, this time in an elevator stuck between floors in a NYC elevator. The companion piece Sappo and Bagoni is about two homeless people meet in a jail cell. One is the aging poet Bagoni. The other is the young, beautiful, worn and jaded Sappo. Out on the streets they form an unlikely couple.

Rich Quatrone is a poet and playwright and the producer of Playwrights on the Rise at the Strand Theater in Lakewood.