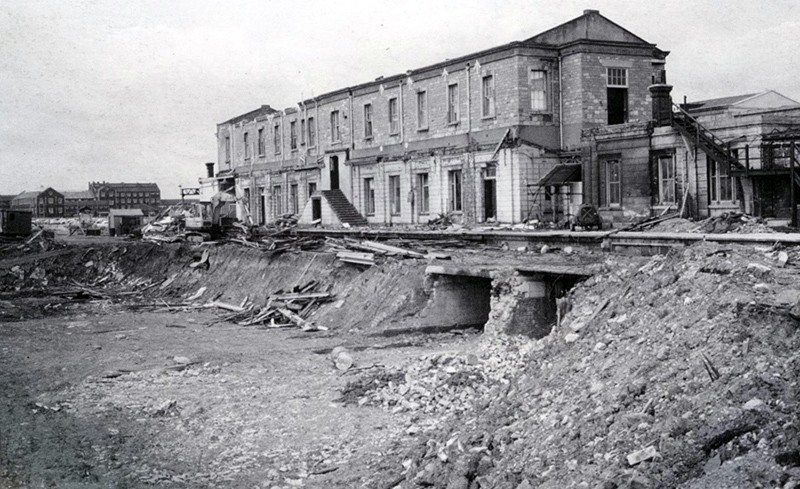 At the demolition site
a building’s innermost secrets
had been layed open.

Each brick was a kind of time capsule.
Instead of newspaper clippings and old photographs
they preserved glazed fingerprints,
trace elements of salt and sweat.
The bricklayers’ hands, like seismographic needles
had trowelled wandering lines in rough cement.

And now the sun plunged beyond tall cranes
silhouetting the building’s iron skeleton.
Silent fire flooded a field of tongues,
rising on a wave of wind.
And a sparrow, like a skittering top
traced time’s parabola
between the glowing, washed-up coals.