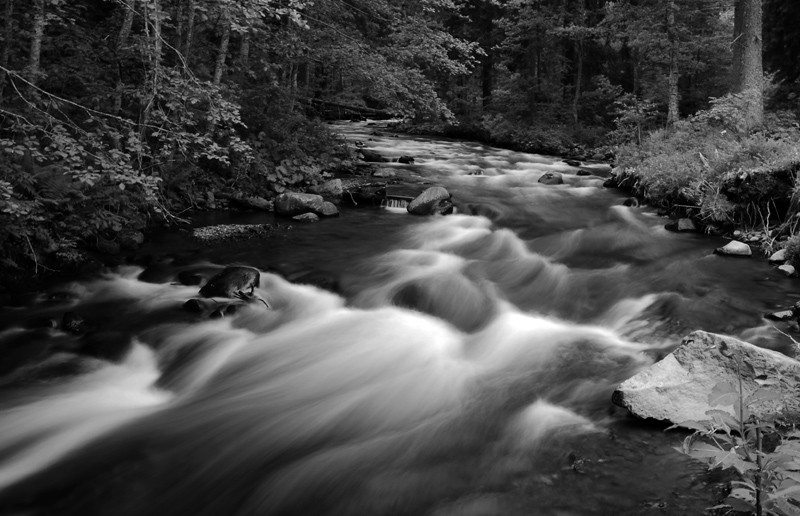 I resolved to write a poem
concerning rivers.
How they started from the humblest
circumstances
and gathered speed and power,
driven forward by the very rocks
rising from their currents,
contributing to rapids. How
the river crawling from an isolated marsh
or skirling from a shallow stream
gradually attracted a far-flung retinue
of farmlands, cities, bridges, boats
and birds. How like a rolling ball of
snow it accumulated debris
on its way to the sea
where it slowed to a canter
and then balked.
When it came to the sea
the river oozed like blood
into the greater expanse of sky and
water. I resolved to liken this process
to the spread of ideas,
to a child’s first attempts at speech,
the evolutions of planets, suns
and poems. Concerning rivers
I had not much more
than the power of their wild and musical names
with which to call their spirit.
Their names like tinder firing my responses.
So then, resolved: To discover something of myself
in rivers.
But a strange thing happened on my way to the sea.
I died.
And in death’s dream of being human
I saw at last, as from a mountain,
all the rivers of the world
flowing together,
all afire with their own longing.
And on the rim of the great whirlpool
floated the small boat
of my childhood.