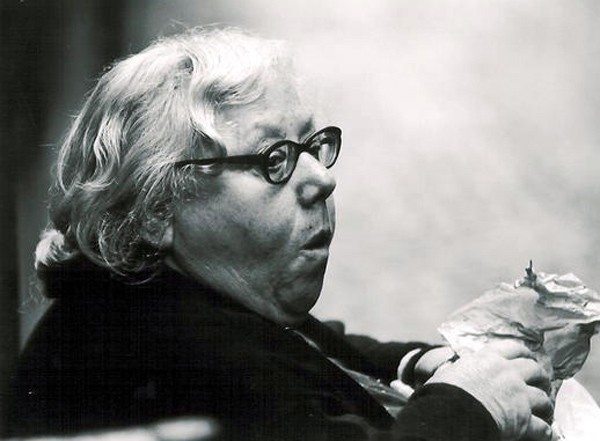 We Stand Before Us

The accused man stands before us
like a teacher at a blackboard covered with equations,
patiently explaining that conscience is a skin,
that compliance to an order is glaucoma,
and that there were no serums extant from the onset
of the plague.

Treblinka, Auschwitz, Little Bighorn River
The names are written in the dust with a slow, laconic finger,
with great deliberation and aplomb,
and to remember victims is to sweep the dust into a pile,
rub it in your fingers, and measure off a pinch to
throw inside the broth that is coming to a boil over
time.

The accused man stands before us like a bricklayer,
sagging under the weight of every brick he’s ever held,
stoop-shouldered, bald, cap in hand , but feet firmly
planted in an odd, oblique way, the way toppling walls
and flying mortar taught him how to stand.
When asked a question, he hesitates and flails his
arms as if he did not understand.
The truth, to him, is not exactly self-evident.
The accused man stands before us exactly like
a victim.

And the three-man tribunal is a Rembrandt,
dark and simple. An escort of military jets.
And they are also the doctors cross-examining
the glib, portentous child in the temple.

But life goes on outside the little courtroom
with its slowly circling fan and its air of grave eternity
where even angels are afraid to wear their wings
at rakish angles, where even the hottest objections
are sheathed in lead.

Life goes on.
The crowds spill back and forth across
the dazzling street. Drivers curse a dog,
a kid, the very sun that blinds them.
And at the curb, underneath a palm tree,
an old woman carefully peels paper
off her sandwich.